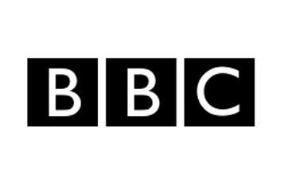 Speaking today at the IBC Conference in Amsterdam, Mosey said: "Nobody would expect the Games of 2012 to be comprehensively in 3D... but it would be a shame not to have any images of London that were part of an experiment with what will be one of the next big waves of change.

The Olympic Stadium may only exist in its full 80,000+ capacity for a relatively short period. Not to have that at all in 3D would be, at the very least, a major gap in the archive."

Super HD meanwhile promises a resolution of 7680 x 4320, some 16 times the resolution of existing HD. So far only a reality in the form of test broadcasts in Japan by NHK Digital, Mosey wants to make sure the Beeb doesn't miss a trick here either.

"There won't be a [Super HD] set in your living room by 2012, but there could be a limited number of cameras and big screens that will give us a taste of the future...

Both 3D and Super HD are currently posing questions and opportunities rather than solutions; but now's the time to start examining seriously whether there are answers that could make 2012 even more of a landmark year."

It's clear that Mosey, the BBC's director for London 2012, means business when it comes to delivering forward-thinking coverage of the game on TV, radio and online.

"The Olympic Games has long been a showcase for innovation and expertise... and we will be enthusiastic supporters of the next generation of digital coverage," he said.

It certainly seems that the manufacturers and now the broadcasters are talking a good game when it comes to 3D TV, but is it what the public wants? Let us know in the comments section below...