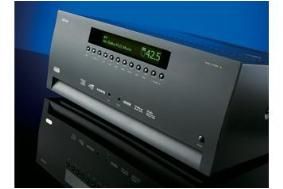 A v1.9 software package is available for the AVR600 and the AV88, and can be obtained by emailing Arcam on support@arcam.co.uk.

A whole host of other 'minor bugs' should be fixed, too, as you'll see from the list below, some of them sounding more crucial than others:

1. Correctly muting optical out Zone 1 when Zone 1 is in standby but Zone 2 and/or Zone 3 is not
2. For iPod input, if a current list is empty the unit will now not show the “1 of 0” message
3. Correction made to the output resolution RS232 message to prevent incorrect information being sent
4. Correction made to the tuner tuned frequency RS232 message to prevent incorrect information being sent
5. When a video source is assigned to the iPod input, the VFD will now correctly update
6. Correction made to correctly restore audio when headphones are removed
7. Correction made to make sure Display stays off when set to off
8. Changes implemented to prevent the ARCAM logo being displayed after power up
9. During power down sequence correct RS232 power message will be send
10. Changing the input mode for iPod/Net input is now correctly implemented on the VFD
11. Improvements made to suppress the burst of noise when selecting FM presets
12. During auto setup, OSD now updates correctly to indicate the current progress
13. Changes made to the HDMI configuration when unit is connected to a sink in standby/off to prevent HDCP error upstream
14. Changes made to prevent unit lockup when sending multiple discrete power down commands
15. Changes made to improve reliability of audio over HDMI for certain sources
16. Improvements made to the HDMI Auto-Priority output switching
17. Changes made to WSS decoding/default setting – if the source does not indicate aspect ratio, it will default to 16:9 if the setting is auto

You'll need an RS232 cable and a PC to do the update – we'll be doing it ourselves today, and will report back with our findings ASAP...