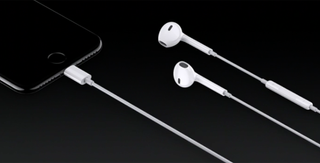 iPhone 7 users have discovered a glitch which affects Apple's new Lightning in-ear headphones. After a few minutes of use, the volume control dongle on the cable stops working, resulting in users being unable to adjust the volume, answer calls or use Apple's personal assistant Siri.

However, the problem can be temporarily fixed by simply unplugging the headphones and plugging them in again. At the time of writing, it is not known whether the issue also arises with third-party headphones (and there are a few alternatives available).

The Lightning connector can be used to transfer data across components and is partially controlled by the software, so the issue could be with the iOS rather than the headphones themselves.

According to Business Insider, a fix has been promised in a future software update.