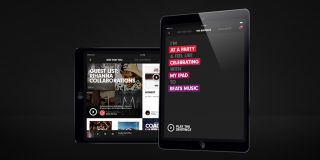 Now, reports from the US suggest that we might be nearer to finding out what the future holds in store for the company's Beats Music streaming service.

According to the Wall Street Journal, the Beats Music streaming service will be relaunched and integrated into iTunes – providing the Cupertino giant with a convenient means of introducing streaming music to iTunes, the service that has been integral to every iOS device.

It's a move that would make sense. With digital sales appearing to be on the decline as more of us turn towards streaming music services including Spotify, Qobuz and – most recently – Tidal, it has left Apple playing catch up in this area.

Noel Lee, Monster CEO and the man who helped found the Beats brand, hinted as much to What Hi-Fi? at IFA 2014: "iTunes Radio has not been a success. iTunes is going down – people have more songs than they have memory – you need another solution. Streaming could be the answer.

And it's not the first time that reports of an iTunes streaming music service have emerged. Talks between Apple and senior industry figures were rumoured earlier this year, although these pre-dated the acquisition of Beats Music.

Apple cast further doubt over the strength of the digital music sales industry in a filing to the US Securities and Exchange Commission this week. In it, Apple revealed that app sales had driven the increase in net iTunes Store sales – not music.

Apple said app sales were up due to the growing number of iOS devices, a greater variety of iOS apps and an increase in "related in-app purchases", before adding the revenue growth was "partially offset by a decline in sales of digital music".

Even if claims of the death of the download are premature, the ever-expanding streaming music sector is one that Apple can surely not ignore for much longer – and it looks as if Beats Music might well hold the answer.

[via The Verge, TechCrunch and Venture Beat]