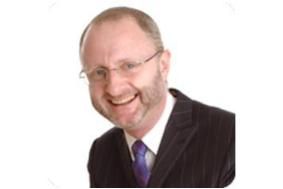 The recent decisions made regarding the BBC licence fee don't provide for the funding of this expansion, and some commercial radio operators are reluctant to spend money on DAB services they feel may not be commercially viable.

Rogers' group has taken a consistent stand on its views regarding DAB: in May it refused to broadcast the 'radio scrappage' campaign on any of its stations, saying that the adverts were 'morally and ethically suspect.

'We are not prepared to encourage any of our listeners to go and replace their perfectly satisfactory analogue radio set with a DAB one which may not be able to pick up a DAB signal at all and if it can, it may be a signal which may be wholly inadequate.

'Even worse, the very station that the listener may have heard the advertisement on may not be on DAB or even have a DAB future,' Rogers said at the time.

More recently broadcast groups including Global Radio, which owns stations including 95.8 Capital FM, Xfm and Classic FM, have refused to run the latest marketing campaign until the BBC put more investment into the growth of the DAB transmitter network, required to match current FM coverage.

And it now looks increasingly likely that the switchover to digital radio will not happen by the proposed deadline of 2015, with Ministers privately accepting that date as unrealistic and industry insiders believing that 2017 is the earliest it could happen, with 2020 the more likely date.