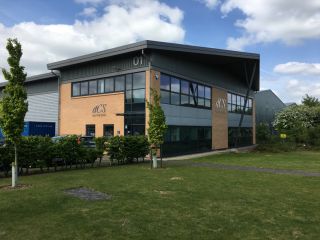 There's nothing quite like an aura of mystery. And when you inhabit the highest echelons of hi-fi manufacture, such an aura gathers naturally around you like iron filings round a magnet. So it is with dCS, an elite manufacturer of cutting-edge DAC designs and disc transports that has built quite a following over the past few years.

Its story starts in 1987 when it was established as an electronics consultancy to companies such as Ferranti, Marconi Avionics and British Aerospace. Its work was used in the RAF Harrier and Typhoon radar systems.

In 1989 this work on digital processing led to the 900 ADC, an analogue–to-digital converter built for studio use. Its quality of performance, low distortion and high level of reliability soon won fans. This product was the first to use the dCS’s famed 24-bit Ring conversion technology. The Ring circuit is a fully discrete design - separate components rather than everything built onto a single chip - that claims class-leading levels of noise- and distortion supression.

The 900 ADC was followed in 1993 by the company’s first DAC, the 950. Throughout our visit, the idea the company’s products are designed to be the aural equivalent of a clear piece of glass, allowing the music to come through unhindered, is emphasised more than once.

It didn’t take long for the audiophile world to take notice, and by 1996 the company had launched what’s claimed to be the first 24-bit high-resolution DAC on the domestic hi-fi market in the form of the Elgar. Like every one of the company's DAC designs, it features the Ring DAC technology.

Over the years the company has continued to develop its range, producing class-leading multi-box disc systems, separate DACs, up-samplers and stand-alone precision clocks along the way. These products have always been at the very top end of the market, with the current 'statement' Vivaldi four-box combination breezing in at around £70,000.

dCS moved into its current building in 2009, and has recently revamped the premises to accommodate the company's growth. There are now 26 employees, and every product is hand-assembled in-house. Items that have to be bought in - casework panels, fully populated circuit boards and the like - are all from British suppliers.

MORE: The most important speaker company you've never heard of

It's all about the details

As you would expect, great care is taken during the production process. We witness a Vivaldi transport being tested - it goes through 96 hours of power cycling to make sure nothing fails under stress, as well as series of autotests using in-house designed equipment. dCS had to make this test gear itself, as existing measurement hardware wasn’t sensitive enough to detect any product shortcomings. Further tests are done by hand before the equipment gets to final sign-off and delivery.

In dCS's world, products tend to be made to order. It takes about a week from the order being received to delivery. Currently dCS makes around 15-25 products a week, around 90 percent of which are for export.

In it for the long haul

The service department shares space with the assembly stations, and we’re happy to find the company is committed to servicing and updating legacy products for as long as is practical. Any software updates are free.

Time for the fun bit. We move onto the company’s new listening rooms and feel a smile coming on as we find a rack of dCS source products feeding a pair of D’Agostino Momentum M400 monoblocs driving Wilson Audio’s Alexx floorstanders. The power amps are hidden behind a box positioned between the speakers. The room is a spacious, minimally furnished area.

There’s obviously a strong ethos of solid engineering combined with clear thinking about the types of product the brand should make. When we ask about expanding the product range to include stand-alone preamplifiers or power amplifiers, the answer we receive makes it clear there’s little desire to do so - at the moment, at least. Considering the sonic and physical qualities of the products we see, that's a stance we respect entirely.

Eventually, of course, it's time to return to the 'real' world and, as we leave our hosts behind, we’re left with the impression of a company relentlessly focussed on delivering state-of-the-art digital products with the help of the very best that measurement and technology can offer. Change for change's sake? Not at dCS, where the music will always come first.

See all our dCS reviews