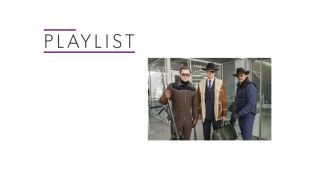 A British action spy film starring Colin Firth shouldn’t really have any right to be as daft as Kingsman: The Secret Service was.

But in his 2014 film, director Matthew Vaughn introduced the world to gentlemanly secret intelligence agency Kingsman, and its combination of charming ne’er-do-well teenager Eggsy (Taron Egerton) and a wit as sharp as the agents’ Bond-like gadgets propelled the eccentric spoof to genre-spinning success.

Vaughn has also taken its warm reception as a green light for more of the same, as this sequel reaches a new level of absurdity which sends the classic spy movie into even more bizarre territory.

This time, a fiery Julianne Moore stars as Poppy, the head of global drug cartel Golden Circle, whose hobbies include feeding wrongdoers into a mincer.

Once she has blown Kingsman’s agents and buildings to bits, survivors Eggsy and tech-hound Merlin (Mark Strong) team up with Kentucky-based ally, Statesman – an agency hidden behind a whiskey distillery guise, comprising cowboys Channing Tatum, Jeff Bridges and Halle Berry.

Golden Circle is very much in-line with its predecessor, as Vaughn runs with the Bond spoof theme of the original. However, this time he lays the fun on even thicker, so that it borders on the ridiculous.

This includes bullet-firing umbrellas, radar-burying latex and an electric lasso belonging to Agent Whiskey that’s at the centre of one well choreographed bar brawl.

The plot is hardly ambitious, but while some narrative-driving scenes are guilty of being a little too wordy, it also ups the intensity of the original – something every action sequel should aspire to.

The Kingsman sequel is a visual bombardment. While the film is consistently bright, the Ultra HD Blu-ray presentation is much punchier and crisper than the picture on the Blu-ray disc, which is also included.

In comparison, it lacks the variation, depth and pop of the 4K, high dynamic range (HDR) transfer. Colourful scenes can look overblown, but considering the context of the film's showboating, splashy nature, it's not hugely problematic.

From the obvious statements of Eggsy’s orange Kingsman blazer, to the more understated Statesman whiskey barrels and headlights in the night, Kingsman demonstrates the wide-ranging benefits of HDR as convincingly as any other.

Scenes featuring Elton John tend to be an eyeful, as HDR is wholeheartedly embraced, as are those set in Poppy’s jungle oasis. The bowling balls that are thrown around gleam on the screen, as do the robodogs and the diner’s squeaky-clean red furnishings – just as we remember it from our Dolby viewing of the film in 4K and Dolby Vision HDR last year.

Despite the 2K digital intermediate being upscaled for the 4K Blu-ray, the lift in crispness over the standard Blu-ray is as obvious as that in colour and contrast.

While the Dolby Atmos soundtrack isn’t as impactful as 4K and HDR are for the visual presentation, it has its moments.

It takes just a few minutes for the first Atmos thrill. The opening fight scene in the back of a taxi warms our KEF upward-firing front modules up, as gunshots fill headspace and the precise trajectory of missiles launched from Eggsy’s cab can be traced, all to a backdrop of Prince’s Let’s Go Crazy.

The virtues of Atmos are evident during large-scale scenes and when Whiskey goes wild with his lasso, but generally we found a 5.1 and 7.1 set-up expands the soundfield enough for it not to get bogged down during dense gunshots and explosions.

Below, the peaks and troughs of traditional orchestral selection that permeate the audio track thrust through the front channels. And the fact that climatic set pieces are scored by a song – such as Elton John’s Saturday Night’s Alright (For Fighting) during the film’s concluding fight scene – leaves you walking away smiling.

If only Kingsman: The Golden Circle had more narrative credit, and greater opportunity for the Atmos soundtrack to play a bigger part of the presentation.

But while it's not quite golden, the spy sequel is another riotous romp from Vaughn, and its delivery on 4K Ultra HD Blu-ray only adds to the fun factor.