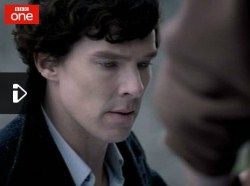 The Director-General of the BBC, Mark Thompson, has confirmed that its plans to develop a video download service – known as Project Barcelona – will be put to the BBC Trust later this year.

Purchases of TV shows and films should be around the £1.89, although that's not yet confirmed.

Thompson says that Project Barcelona is not an extra sly licence fee, but rather more like going into a shop to buy a DVD. Viewers will be able to permanently download copies of their favourite TV shows from the BBC archives.

The BBC plans to sell up to 93% of its TV programmes as downloads in a digital store that would rival existing services such as Blinkbox, iTunes and Netflix.

Nicknamed Project Barcelona, the BBC is working with independent producers of TV shows to agree rights deals to sell the content.

At the moment, shows are available for free for 30 days on the hugely popular BBC iPlayer service, which hit a record-breaking 1.94 billion programme requests last year.

The rights are then sold by BBC Worldwide or the producers themselves to services such as iTunes to sell as downloads.

But, as PaidContent reports, the BBC is upset that only 7% of content is sold this way and is now looking at a deal to sell the remaining programmes.

The website reports that the BBC would look to sell downloads rather than offer a rental option, and that individual TV episodes would cost around £1.89.

The BBC would also promise to offer TV show producers a greater share of revenues than existing video download and rental services.

iTunes currently gives around 28p per episode to the producers, whereas the BBC would look to pay producers around 40p per episode.

BBC TV shows such as Sherlock and Spooks are available on iTunes to buy, in SD and HD, with prices starting from £1.89.

After announcing that the TV licence fee would be frozen until 2017, the government urged the BBC to do more to make money.

Project Barcelona, which remains in its infancy, could be part of new, paid-for BBC services to raise extra funds.