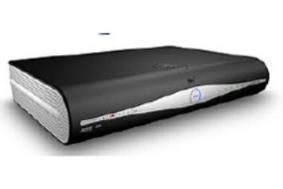 Sky's chief executive, Jeremy Darroch, said today: "We are very happy with the progress of 3D to date and are really encouraged by the feedback we are getting from customers."

John Cassy, Sky 3D's channel director, added: “Around half of all 3D TVs sold so far in the UK are connected to Sky 3D.

“Coming up we will have our 100th live sports 3D broadcast, further cementing our position as a world leader in 3D sports production.

"We are also continuing to increase the breadth of our 3D programming, including performances by Diversity, natural history documentaries from Sir David Attenborough, and another world first, an upcoming broadcast of ENO's new production of Donizetti's Lucrezia Borgia”

Sky has announced its financial results for the last three months to December 31st, with 343,000 net new Sky+HD customers bringing its total HD base to 3.5m.

The company now has 10.09 million customers, including TV, broadband and telephone services, with 2.4 million of those customers taking all three services.

It was a good period for the company's broadband service, with the last three months of 2010 adding 204,000 new broadband subscribers.

In the six months to December 31st, Sky's revenue increased 15% to £3.2 billion, making for an operating profit up 26% year-on-year.