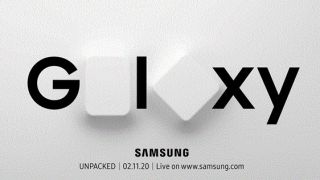 We know the new Samsung Galaxy S20 is on the way, with a Samsung Galaxy Unpacked event scheduled for 11th February, and now we know a few more details about the new S20 and S20+ phones, thanks to another leak.

This S20 leak appears to confirm Samsung will finally remove the headphone jack from its flagship phone, following Apple (and almost everyone else) in moving to USB-C connectivity. Samsung has already ditched the 3.5mm connection on the Note 10 but it remains on the recently launched S10 Lite.

Moving on to the screen and it looks like the S20 will be the first Galaxy phone to feature a 120Hz display - and the first Samsung with anything over 60Hz refresh rate.  The Galaxy S20 and S20+ are rumoured to have 6.3-inch and 6.9-inch screens, with the Plus model tipped, via the same XDA Developers leak, to have a 3200 x 1440 pixel resolution.

Elsewhere it seems Samsung has opted for the ultrasonic under-display fingerprint scanner rather than an optical version, which should be more accurate – ultrasonic creates a 3D image of your fingerprint rather than just taking a photo for comparison each time.

Another comprehensive phone leak, as further indicated by the video (above), ahead of the Samsung Galaxy S20 series launch next month.

Samsung will be hoping it can steal a march on the iPhone 12, which is due to launch in September. When it came to last year's best phones, we opted for the iPhone 11 over the Galaxy S10+ due to the superior sound quality and excellent camera. Will it be the same for 2020? We shall see.