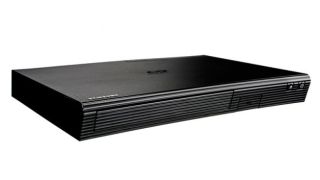 Samsung Blu-ray players around the world have suddenly stopped working, stuck in a start-up cycle loop that is rendering them unusable.

Several customers have taken to Samsung's EU and US forums since the 17th June to report the problem, which Samsung acknowledged in a forum post over the weekend.

"We are aware of customers who have reported an issue with boot loops on some Blu-Ray players and we are looking into this further. We will post an update here on this thread when we have more information," the response by forum community manager SamsungSabrina reads.

Several users have unsuccessfully attempted troubleshooting solutions for the endless reboot cycling, such as restarting the machines and trying to upload older firmware versions to them. The problem appears to be firmware related and is affecting a wide range of Samsung Blu-ray players and home theatre systems.

One forum user posted that they had "received confirmation from a customer service representative that there is a firmware issue, and their technical support is working on a patch to fix this issue.  The person recommended leaving the player unplugged".

We have reached out to Samsung for an update on the situation and will update this article accordingly when we get one.