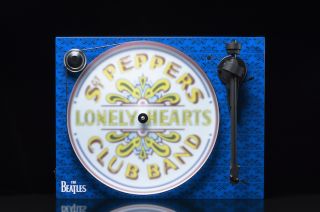 The first is the "Essential III: Sgt Pepper‘s Drum" which, as you may have guessed, is based on the Essential III turntable.

Featuring a 22cm aluminium tonearm with an Ortofon OM 10 cartridge, the turntable will be available later this month, priced £430.

It has a 9CC Evolution carbon fibre tonearm, and a Ortofon 2M Silver cartridge, along with integrated speed control (for automatic switching between 33.3 and 45rpm).

The 2Xperience SB will also be available later this month, priced £1235.