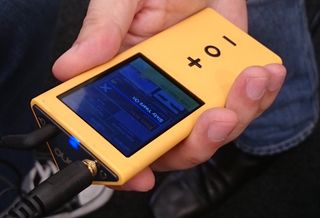 We first got our hands on the PonoPlayer at CES back in January, and although it has since been on sale in the US, it is still not officially available anywhere else.

Furthermore, the company's PonoMusic download store, which promised to provide a hi-res music alternative to the likes of HDtracks, is still very much aimed at the US market.

Now Neil Young has released a statement that admits the company is struggling due to a lack of funds and a lack of a "business leader".

"We have no proven business leader at the head of our company, but the search continues for one who could do it to our liking and understand what our goal is and how big it is. We are still looking. We have a big goal," read the statement on Neil Young's Facebook page.

Young did confirm that launching in the UK was the next priority, however. "Today we are trying to set up stores in multiple countries and are restricted by a lack off [sic] resources. This is our highest priority. As soon as we have the funds, those stores will open. We wish it could be faster than that.

"Canada, Great Britain and Germany are among our first targets. Our highest priority is to bring Ponomusic.com to those countries and operate within their business rules."

Young is adamant that "this mission is worth it" - but clearly the company needs extra funding to make it happen. Pono launched on the back of a Kickstarter campaign that raised over $6.2 million.

"We strive to find or help create the highest quality level, either by searching through analog vaults with record companies and artists, or by tracking the historical provenance of existing digital releases, ensuring the highest quality available gets to the Pono Master library and further to the musical libraries spread around the world.

"This means that the music will always be heard at its highest level. Preserved for all time. Music is history and deserves nothing less. This is truly worth it."

MORE: Young: 'Pono is the same as the iPod but it sounds like God'

Sadly for Young, his somewhat self-righteous posturing on the importance of the Pono mission seemed to fall on deaf ears, with the most popular comments under his post proving to be somewhat off-message.

One comment said, 'Give your music back to #Spotify', while another added, 'Wow Neil Young . . . You want me to buy "Everybody Knows This is Nowhere" and "Harvest" for the fourth freakin' time!!! I already have the LP, the CD and the MP3 . . . and now you want me to buy it again!'

The most-liked comment on the page says, 'Good music is good music on whatever player it's played on. Concentrate on writing and producing new material of the same quality as the great songs you used to sing and which we loved and listened to on crappy 33rpm record players and which sold in their millions. You cannot replace talent with technology.'

Of course if you want to know who to blame, then you need apparently need look no further than Apple...

See all our music player reviews