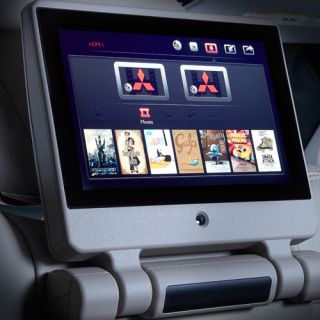 A new in-car infotainment system that will allow passengers select individual entertainment preferences, thanks to multiple content streams, has been introduced by Mitsubishi Electric Automotive America.

FLEXConnect comes with wi-fi connectivity, while the system's smartphone and tablet compatibility is designed to ensure that you can take your own audio or video content with you on a long journey.

Additionally, the system's features include interactivity between the two screens; control of content from the front seat; and a "any media on any screen" function that allows you share content with others.

"The FLEXConnect infotainment system is perfect for families because it lets kids entertain themselves in rear seats, while parents have ultimate control of their entertainment," added Ray.

It's not the first in-car innovation this year: in April, Microsoft announced its own in-car infotainment system at its Build conference, while the likes of Google are aiming to bring Android into the car and Apple announced its CarPlay service.