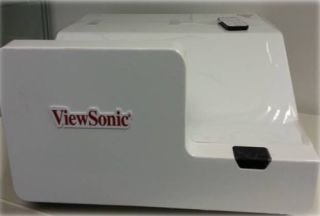 ViewSonic has unveiled its 2014 range of products at ISE 2014 in Amsterdam.

The first new product is the Pro9800HD Ultra Short Throw projector, capable of displaying an image from just 0.18m away from a wall or screen.

The projector is lamp-free and uses laser light technology, which can operate up to 20,000 hours of light life. The Pro9800HD also does away with filters, making it easy to maintain.

Capable of producing a full 1080p image, the Pro9800HD has 3000 ANSI (American National Standards Institute) lumens and a full 360-degree projection that lets it project onto walls, ceilings or floors.

ViewSonic also announced the Viewboard series – a series of 4K interactive displays, targeted at classrooms, meeting rooms and board rooms.

The ViewBoards run on Windows 8 and have multiple, advanced infrared sensors embedded into the screen, along with built-in PCs.

The displays can be worked on, directly on the screen and come bundled with interactive software to allow users to draw on them with ease.

The Californian firm also took the wraps off the EP1031r 10" multimedia display. It features built-in wi-fi and Ethernet which supports PoE - Power over Ethernet . The display has an integrated motion sensor and 6 touch-screen control keys.

It also sports a media player which supports files from USB or SD/SDHC memory card.

Another display: the CDP-5560-L, is a full HD commercial display that boasts 450 Nits brightness. ViewSonic has given the 55-inch display an incredibly thin bezel, which it has optimised for video wall displays.

ViewSonic also unveiled the ViewSync WPG-370 which allows users to wireless connect their Mac, PC, iOS or Android device to a display. This was announced alongside the CDS245 24" full HD, touch screen display. It runs on Android 4.3 Jelly Bean and an Nvidia Tegra 3 1.7GHz processor.