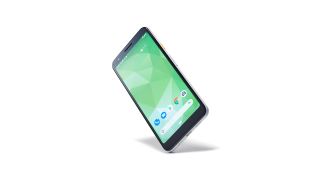 It seems Google's Pixel 4a handset has been delayed by a couple of weeks. While the midrange phone was initially expected on 22nd May, it now won't launch until 5th June, according to a German tech blog.

It's thought the delay is down to Google I/O being cancelled. The annual developers' conference was due to take place on the 12th - 14th May but was cancelled in light of the coronavirus pandemic. Instead, Google will hold an online event called Android 11 Beta Launch Show on 3rd June where the company will unveil new features of the next-generation Android operating system as well as, fingers crossed, the Pixel 4a.

With the 4a expected to come packing this latest version of Android, it would make sense to delay its launch until after the software showcase.

Like the 3a (pictured) before it, the Pixel 4a will be a more affordable take on Google's flagship Pixel 4 range. It's expected to have a near-6in OLED screen, 12MP camera and 6GB of RAM. iPhone SE, look out.