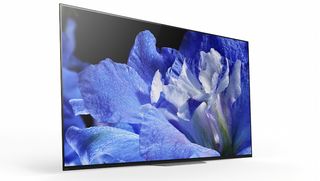 A selected range of Sony's 4K HDR televisions have been given a smart-assistant boost in the form of Google Assistant.

The AF8, XF90, XF85, XF80 and XF75 series will all be receiving the update, with Sony saying the ranges will be updated by the end of this month.

While Sony televisions already had voice control - letting you open certain apps or find genres of content - Google Assistant has a much greater range of functions.

The example Sony gives is saying "play Jumanji: Welcome to the Jungle on Google Play", and the app will open and play the film automatically - similar to the functionality provided by Amazon's range of streaming products like the Fire TV Stick with Alexa, the Fire TV 4K and the upcoming Fire Cube.

Sony is particularly pushing the idea of using your television as a smart-home hub, controlling "more than 1,500 compatible smart home devices from over 225 popular brands", including smart-lights and internet-connected thermostats.

That does mean you'll have to keep your television on - which we can't say is easier than picking up a voice-assisted smart speaker like the Google Home Mini or the Echo Dot - but, for those eager for their futuristic living room where everything is connected, this is a step in the right direction.

What Hi-Fi? podcast: Sonos Beam, Denon and Marantz receivers, and the World Cup