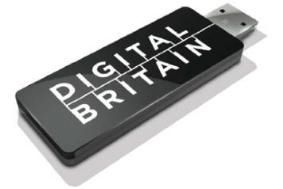 A legal challenge to the Digital Economy Act (see original story below) has failed to get the controversial legislation overturned.

According to the BBC, the judicial review – requested by BT and TalkTalk – rejected claims that Parliament had overstepped its powers with its anti-piracy measures.

Today's ruling was welcomed by copyright holders who said that it would help reduce illegal filesharing.

The BBC is this morning reporting that parts of the Digital Economy Act that deal with illegal filesharing are being challenged in the High Court.

They claim that the measures impact on users' privacy and force ISPs to police copy infringment on the internet.

If the court finds in their favour, the Act would no longer be enforceable.

"It is a big deal to be judicially reviewing primary legislation but we took advice and there were very clearly were some real problems," says Simon Milner, BT's head of industry policy.

"It might find that it is all fine – I'd be surprised if it was – but we are going to court to get legal clarity," he adds.