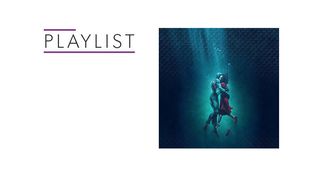 Despite ending up with four Oscars at the 90th Academy Awards, The Shape Of Water had the feel of an underdog throughout the awards race.

The story is an unusual mix of the strange and the mundane, but that's what we've come to expect from Guillermo del Toro.

At the centre of the film is a lonely, mute janitor at a top-secret laboratory, who falls in love with an amphibious creature being held captive.

While the incendiary Three Billboards Outside Ebbing, Missouri grabbed the headlines in the run-up to the awards, The Shape Of Water proved just as relevant a fable.

It's not subtle, nor does it try to be. It's a fairy tale at heart, a film that wholeheartedly embraces its subject matter.

Del Toro's direction, as well as the script he wrote in tandem with Vanessa Taylor, brings to light an empathy for his characters and earnestness too. It absolutely believes in itself.

The film is very much about the 'other', the main cast represented by a deaf female janitor (of implied Spanish heritage), a black female janitor and an out-of-work artist. They are shunned in a way that shines a light on casual prejudice and outdated social mores of the 1960s.

There's a moment where a character turns the channel from a news broadcast of race riots to a light entertainment programme – a pointed remark about those who wish to insulate themselves from events around them.

If anything, del Toro asks his audience to be conscious of the disenfranchised and find common ground – not a new message, but one worth repeating.

The idea of love transcending conventional norms becomes apparent in the central relationship. It is done in such a way that it's easy to overlook the fact that one is mute and the other is a scaly amphibian with sharp teeth.

The acting is uniformally excellent. Sally Hawkins has been consistently good (and underrated) for years, but as Elisa she imbues a steely defiance and determination. She's referred to as a princess in the opening voiceover, but that idealised image is almost immediately and amusingly debunked in light of her early morning 'activities'. Like the film, her character is not what you'd expect.

Richard Jenkins and Octavia Spencer make favourable impressions, as does Michael Stuhlbarg as a conflicted doctor. It would be easy to forget that Doug Jones plays the 'Amphibian Man', as he communicates so much with so little.

And then there's Michael Shannon's Strickland, the real 'monster' of the film, whose mask of privilege and superiority slips as he loses control.

Though the storyline of The Shape Of Water could be perceived as silly, the film's sincerity makes for a engrossing experience. It's among del Toro's best to date.

The Shape Of Water was shot digitally at 3.4K, but received a 2K master. It's an upscale, and a satisfying one at that.

The film opens with an underwater sequence and though it is dank and murky in places, the 4K UHD reveals an abundance of detail.

Throughout the film, Paul D. Austerberry's production design leaps off the screen. You can see the attention paid to all the scrapes, nicks and cracks in the hardscrabble and dilapidated walls of Eliza's apartment.

That sense of detail is carried over to other areas. You can easily make out textures, including fluff on a character's clothes. Faces have excellent definition to them – wrinkles, spots and hairlines are well etched. Complexions can be strong, but on the right side of natural.

Highlights are bright and light sources appear quite harsh and stark, which we imagine is a deliberate choice.

Blacks are bold and inkily deep, producing a vivid sense of shade. The depth and clarity of blacks, the richness and strength of colours (especially reds, blues and greens) and how they interplay generates a warm and aesthetically expressive picture.

As with del Toro's previous films, contrast and opposing colours are used to great effect. Cinematographer Dan Laustsen has lensed an elegant film, the blues and greens reinforce the water motif, but those colours combined with strongly defined reds and oranges lend the film a regal beauty.

The Shape Of Water looks ravishing in 4K. Despite being an upscaled image, it's a convincing 4K picture.

The Shape Of Water arrives on UHD without an Atmos or DTS:X object-based audio track. That's no big miss here.

Clarity is one word we'd use for this 5.1 DTS-HD Master Audio track. Sounds are rendered cleanly and, even when there's hustle and bustle, it's easy to discern sounds and their place within the mix.

There's a good sense of fine detail too. From the buzz of the signage outside Elisa's apartment to the dink of cutlery, it's easy to pick up the small details. The overall soundscape proves to be pivotal to the film's tone.

Everyday background sounds, whether it's an overheard conversation or an action happening in the background, establish a sense of normalcy, which makes the film's fantastical subject matter even more heightened.

Bass is not often used, but when it is, it's fine. Dynamics sound spot on, and while it's not a typical horror film, the few loud noises and scary sounds come across strongly.

Alexandre Desplat's whimsical score is, along with Elisa, the film's emotional core. It's most felt in the fronts, but the surrounds manage to convey its grand, sweeping nature. There's activity in the surrounds, which work well in conveying the size of the rain effects.

Positioning and placement of sounds is realistically conveyed and the fidelity of track is mostly excellent. One conversation in a quarry where the wind sounded a bit weak was our only real note of complaint.

Dialogue is centred and delivered with clarity, though it can be loud, especially Richard Jenkins' voiceover at the beginning.

The 5.1 soundtrack is engaging, and there's a realism that meshes well with the more fantastic subject matter.

If you can get past the unconventional storyline, The Shape Of Water's credentials are there for all to see.

That storyline is at the heart of what del Toro aims to achieve, a film that moves past restrictive boundaries but remains a simple love story.

The 4K UHD performance is of great quality. Despite being an upscaled image, the picture produces some beautiful results. And while there's no object-based audio included, the 5.1 DTS-HD track is a sturdy, impressive performer.

The Shape Of Water is a lovely, uncynical film. The 4K Blu-ray is very much recommended.