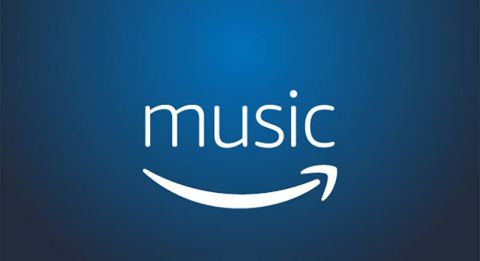 Amazon’s video streaming service has previously been known as Unbox, LoveFilm Instant and Instant Video before it finally settled on Prime Video. Anyone familiar with Amazon’s identity crisis might assume Amazon Music Unlimited is a rebranded version of Prime Music, the free streaming service exclusively for subscribers of its £8/$13/AU$7 per month Prime membership.

But Amazon Music Unlimited is, in fact, another music streaming service that coexists alongside Prime Music.

It stands separate from Prime, so with its ‘open to all’ access and its 60m song catalogue (Prime Music only has 2m) it’s certainly a more credible Spotify rival.

With Spotify’s decade-long dominance in the music-streaming sphere, newcomers have automatically entered the challenge as underdogs. How does Amazon Music Unlimited fare now that it's been around a while, especially as the pack of Spotify wannabes is increasing all the time?

Amazon has decided against matching Spotify’s free tier. Like Apple Music and Tidal, the only scope for free usage of Music Unlimited is within its free trials which can run from 30 days to three months during some promotions.

Individual membership is reduced to £8/$8/AU$8 per month for Prime members, which is a mild incentive for the millions of Prime subscribers (65 million in the US alone).

The competitive pricing doesn’t stop there. You can sign up to a £4/$4/AU$5 per month tier that lets you use the service on a single Amazon Echo or Dot wireless speaker. We think Amazon has a compelling case here.

You can even upgrade to a CD-quality and high-res tier in the shape of Amazon Music HD. This service is really separate to standard Amazon Music and costs £13/$13/AU$13 for Prime members and £15/$15/AU$15 for non-members. That makes it significantly more affordable than the rival £20/$20 tiers from Tidal and Qobuz.

Up to ten devices can use Amazon Music on one account, although you can only play through one device at a time. Music can be downloaded to play offline on the iOS, Android and Fire tablet platforms.

The comprehension is spot-on. Just make sure you start each command with the wake word ‘Alexa’ (which can be changed).

As with Prime Video, Music Unlimited gives you the option of purchasing through its Digital Store, which mirrors the ‘Digital Music’ section on Amazon.co.uk. Amazon scrapped its very useful Music Storage plans back in 2018.

It’s split into four main sections: ‘Browse’ (the streaming service), 'Recents' (tracks and playlists you've been listening to), ‘My Music’ (your local and Cloud library), and ‘Store’.

In Browse, you’ll find neat sub-sections for new releases, popular music, recently played, and both personalised algorithmic playlists (and stations and albums) based on listening habits and fixed hand-curated ones, such as 'My Discovery Mix' and '100 Greatest Festival Anthems' – all created by Amazon’s 'Music Experts’.

But there’s scope to break categories, such as ‘New Releases’, down into music genres. And it makes good use of its screen real estate: tabs pop out when hovered over, while playlists and offline tracks are accessible in a pullout side bar.

For Prime subscribers looking to take advantage of the reduced subscription cost (and a reduced cost for Amazon Music HD), or those happy simply with a dirt-cheap subscription for their Echo or Dot, absolutely.

Apple Music vs Spotify: which is the best streaming service?