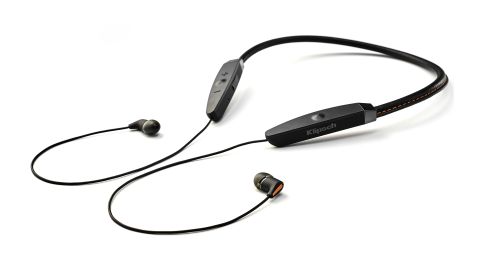 Klipsch isn’t too far off the mark with the R5s, but when spending this amount, we’re really after a more detailed and exciting performance

When a new type of product enters the market, it can be difficult to gauge the parameters for excellence. Innovative features will never compensate for inherently poor sound, but it isn’t until the market becomes more crowded that we can understand what kind of performance is possible at any given price.

That’s the point at which we find ourselves with Bluetooth in-ear headphones like the Klipsch R5. There has long been variety in the market – including offerings from most of the big hitters, whether neckband or true wireless models – but since the Award-winning Sony WF-1000Xs established themselves as class leaders last year, the spectrum has grown and competition intensified.

It is no longer the case that a product with average sound can garner a favourable review simply by functioning without dropping out. That’s better for the consumer, but becoming more and more difficult for the manufacturer.

Klipsch won a What Hi-Fi? Award this year for its R6i II wired in-ears, but these R5 neckband headphones fail to match their cousins’ enthusiastic performance and, as a result, fall quite a way short.

On the face of it, the R5s appear worthy contenders. An eight-hour battery life and comfortable, stylish leather-bound design is as much as we could ask from a pair of in-ears, while Klipsch’s diminutive 5mm drivers mean the tips fit well inside the ear and help isolate your music from ambient noise.

The three-button remote also handles playback controls and microphone duties free of fuss, which is ideal for ease of use on the move.

The R5s’ performance cannot be described as poor, but it still doesn’t match what is now an ever-lengthening list of competitors. However, there is much to be celebrated and the overall presentation, while not the most spacious, is perfectly pleasant.

Klipsch has avoided rolling off any meaningful amount of top end while engineering a smooth, full-bodied character with plenty of low end weight.

Timing is decent too – one area of performance that can be easily misjudged, especially with wireless headphones at this end of the market. There are no disorienting miscalculations caused by things being a little out of joint.

It keeps up well, and organises even the most rhythmically challenging pieces admirably, allowing us simply to enjoy the music.

However, that slightly condensed soundstage is compounded by a fairly disappointing amount of detail. While the R5s cope well with the rhythmic complexities of a piece, they offer little insight into more condensed instrumentation.

There is little separation of the lines of an arrangement, instead they offer us a block of sound that carries a piece but without the analysis we’d really like at this price.

That is aggravated by a lack of enthusiasm or punch. It isn’t that the R5s are short of dynamic range – they contour shifts well enough as to give us the gist of a track – but the presentation falls generally a bit flat, ignoring largely the impetus of a piece for a colder, disinterested performance.

In short, the Klipsch R5s sound decent. There is nothing about their performance we find intrusive, but equally there is little to excite us. A few years ago, the benefit of being wireless may have compensated for a flatter performance, but right now, you could do far better.

See all our Klipsch reviews