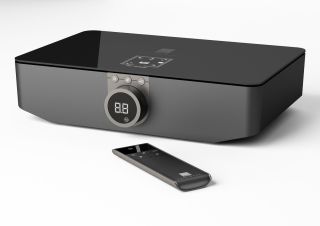 Regardless of how they sound, the ongoing success of multiroom wireless speaker systems - such as the Play series by Sonos or Denon’s HEOS - has had a dramatic effect on hi-fi. So much so, that even the most traditional of hi-fi manufacturers are dabbling with wireless protocols and wrestling with the complexity of smartphone apps.

Dali, the much respected Scandinavian loudspeaker company formed in 1983, is one such manufacturer. It’s flirted with all-in-one systems in the past (the award-winning Dali Kubik and Dali Katch spring to mind), but with the new Dali Callisto, first shown at IFA 2017, Dali has crafted a contemporary and totally wireless take on traditional hi-fi - and you could be one of the first to put it to the test.

In partnership with Dali, What Hi-Fi? is giving 12 lucky readers the chance to demo the Dali Callisto at an exclusive event in London. From unboxing to listening, you'll be able to hear for yourself whether Dali can bring its renowned loudspeaker expertise over to the increasingly competitive world of wireless hi-fi, while making it simple to use.

Not only will the full Callisto range be on show - including the Sound Hub, Callisto 1 standmounters and Callisto 6 C floorstanding stereo speakers - but Dali CEO Lars Worre will be on hand to explain the design philosophy behind the new range. Plus, if you're after 15 seconds of fame, the event will be filmed and crafted into a video to be shown on whathifi.com at a later date.

Best of all, one lucky reader wins a Callisto system of their very own during the event. And hey, even if you’re not the lucky the one, there’s still plenty of complimentary food and drink to get stuck into throughout the evening.

To be in with a chance with attending the event, simply send an email to liam.maguire@haymarket.com with the subject line: Dali Callisto Entry. Winners will be chosen at random. The event takes place at the excellent Dirty Bones, 20 Kensington Church St, Kensington, London W8 4EP on March 21st at 5PM. Please note the event is being filmed and you may be asked to be on camera. Full terms and conditions below.

The Dali Callisto range is made up of the Dali Sound Hub, Callisto 2 C standmounters and Callisto 6 C floorstanding stereo speakers. The Dali Sound Hub, which sits at the heart of the system, features Bluetooth, optical, coaxial and analogue inputs and connects wirelessly using a 24bit/96kHz audio connect to the Callisto 2 C and 6 C active speakers. The Sound Hub can be upgraded with the BluSound BluOs streaming module.