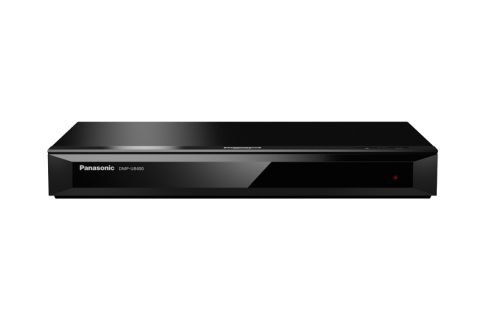 A smooth, natural picture that’s enjoyable to watch, but the 4K performance doesn’t wow us in the way its Award-winning sibling does

It was only a couple of years ago it seemed 4K Blu-ray discs, and the players to spin them in, were a faraway dream. Ultra HD 4K was just too big a resolution for Blu-ray, they said.

But since then we’ve got a decent collection of 4K discs, a handful of excellent 4K Blu-ray players that can play them – one of which is the Award-winning Panasonic DMP-UB900 – and now we’re starting to see a number of affordable new 4K disc-spinners from the manufacturers.

First amongst them is the Panasonic DMP-UB400, the company’s entry-level machine at just £300. That price may not be considered ‘affordable’ compared to Blu-ray and DVD players, but considering our top two 4K players entered the market upwards of £600, the DMP-UB400 is a potentially great ‘budget’ alternative.

Panasonic says the DMP-UB400 has the same video-processing chip used in its flagship DMP-UB900. So, theoretically, we should be treated to the same 4K picture quality.

However, we’ve already seen differences in performance when testing the four-star DMP-UB700 (£400), which also uses the same HCX chip, so it’s clear the quality of the implementation matters.

While the UB900 was originally a £600 player, it can now be had for as little as £450 – making it the UB400’s most serious rival. And, despite Panasonic’s claims, there is a definite difference in picture performance.

Play the Planet Earth II 4K disc and the UB400 does an admirable job of delivering a clear and colourful picture. From sand-encrusted scales to the fine erosion lines on canyons, there’s plenty of detail and texture to the UB400’s picture too.

The iridescent feathers on hummingbirds flash and sparkle, with the player deftly showing off the various brilliant shades of purple, green and blue.

Bright sunshine reflects silkily off rivers, there’s enough depth in dark shadows for the glow-in-the-dark fungus to pop against, and motion is largely stable and smooth.

Switching to a regular 1080p Blu-ray of The Imitation Game, we’re struck by how natural the UB400’s colour balance is.

That’s a trait handed down from the UB900: the way daylight falls across a table, the realistic skin-tones, the threads on a suit, the polish of a wooden mantel – it’s an understated but assured display of realistic colours.

Skip to Planet Earth II’s famous iguana chase scene in 4K and, while the scene’s dramatic tension never lessens even after multiple viewings, the craggy rocks and scaly reptiles don’t look quite as impressive or crisply etched as we’ve seen before. We can’t help but feel we’re not getting the most out of this incredible 4K content.

We’d like the picture to be crisper and punchier. The heat of the desert landscapes doesn’t quite come across, and the picture seems subdued. Crashing waves need more punch and subtlety to the frothy whites and deep blues.

The UB400 doesn’t quite convey the astonishing three-dimensional quality to 4K pictures, which makes it look as though the objects on screen are about to pop out from the screen. It looks good, but not special.

Switching to the DMP-UB900 brings that wide-eyed wonder back. It’s brighter and sharper. There are far more gradations of shading in the greys and browns when playing the same chase scene through the UB900. Detail retrieval is a step up from the UB400, too.

Colours are deeper and richer through the UB900, with lush green jungles and their colourful fauna drawing as much attention as muddy waters. It’s a punchy, exciting picture. The UB400 is a capable disc player, but it just doesn’t wow us with 4K content the way the UB900 still does.

What can’t be denied is both players have excellent upscalers built in. Withnail & I is a punishing test of how well your old DVDs will hold up in a 4K system but, once your eyes adjust to the drop in resolution, it’s perfectly watchable through the UB400.

It retains the same characteristics of its 4K picture. There’s enough detail and contrast (rain looks slick on jackets) to keep you entertained while watching the film’s warm, murky tone.

And while the UB900 does offer clearer, more detailed images, the UB400 is controlled and unfussy in its upscaling.

It’s a similar balance when it comes to surround sound. The metallic clanks, explosions and engine whooshes of TIE fighters in Star Wars: The Force Awakens are crisp and agile.

Surround effects zoom around the room easily and the dramatic tension is sustained. It’s a fun, precise sound that’ll give you all the thrills to accompany any movie.

The UB900, however, gives you more power and better dynamics. Not only is there more heft and rumbling texture to crashes and thumps, but voices are more expressive and better fleshed out – you’re absorbed into the film unfolding on screen that bit more.

Plenty of headline features from the flagship UB900 have made it onto the UB400.

Along with natively playing 4K HDR content in disc and streaming formats, the UB400 supports the BT.2020 set of video standards (which future-proofs it against the inevitable 8K content).

Around the back of the player you’ll find two HDMI 2.2 outputs. The twin outputs are ideal for sending video and audio signals separately – one to your TV or projector, one through your AV receiver – for, potentially, better performance.

Music fans will be happy to hear the UB400 retains support for high-resolution audio files up to 24-bit/192kHz, with all popular formats from MP3 to FLAC and ALAC included. There’s even support for single and double DSD files.

There aren’t any analogue audio connections on the UB400, but it does have a single optical output and a USB port on the back panel, as well as integrated wi-fi and an ethernet port.

Connecting to your home network gives you access to the essential apps of Netflix, Amazon Prime Video, YouTube and BBC iPlayer.

Unlike the UB900, there’s no THX certification for the UB400. However, this £300 player does have an “HDR Setting” feature that boosts the brightness of an HDR video when you’re watching in a brightly lit room.

Pressing the dedicated button on the remote gives your four options - we prefer the ‘standard’ setting for the best contrast and detail balance (especially for darkened rooms), but we’d opt for the ‘light environment’ setting if you’re really struggling to see that exciting HDR contrast in a bright room.

It adds punch to the picture to an appealing degree, without affecting the colour balance or compromising detail and black depth too much.

But we’d steer clear of the ‘bright environment’ setting: it’s far too glaring and stark in the whites, and loses too much fine detail as well.

With its more affordable pricing, we’re not expecting the UB400 to have the same premium finish or build of the DMP-UB900.

The DMP-UB400, while remaining a black metal box, is much smaller and lighter. There are two physical buttons for 'power' and 'eject', rather than the slick touch-capacitive buttons of its pricier sibling, and there aren’t any metallic damping feet underneath the UB400.

While it’s a more budget-conscious product, it’s still well made and sturdy, and perfect for smaller spaces too. The player retains a glossy front panel flap, under which hides the disc tray, another USB port and a red LED to indicate the power is on.

The remote control provided with the UB400 is also from the budget side of the factory. It’s smaller, lighter and more plasticky than the UB900’s sleek wand, but just as responsive.

Some might find the button placements a touch odd, but they’re fairly big and easy to find in a dark room.

The Panasonic DMP-UB400 offers an enjoyably colourful and smooth performance, but one that pales when judged against the stunning heights achieved by the flagship – and now more affordable – UB900.

If the whole point of 4K HDR picture is that it dazzles you with its remarkable level of detail and colour dynamism, you won’t get that full effect from the UB400.

The UB400 may have made 4K disc-playing more affordable but, for now just a little extra investment, you get a significantly better picture from the UB900.

The DMP-UB400 is a solid, capable player that’s enjoyable to watch, but 4K content deserves a more accomplished player to really be worth it.