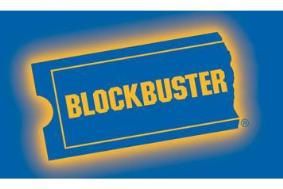 As widely predicted, video rental chain Blockbuster has filed for Chapter 11 bankruptcy in the USA. The chain has been struggling to cope with competition from online download/streaming sites.

Despite having $1.46bn of debt, Blockbuster claims it has $102bn in assets and hopes that filing for Chapter 11 protection will enable it to refinance and continue trading as a going concern.

The UK company, which trades separately, should not be affected.

As an increasing number of us download films online or rent them by post, video rental chain Blockbuster has said it may be forced to file for Chapter 11 bankruptcy protection in the US.

The heavily-indebted chain has warned that it's in danger of declaring bankruptcy as it faces a possible credit squeeze by the Hollywood studios and struggles to keep up with movie buffs' changing technological habits.

The Dallas-based company has $975m (£635m) of debt, mainly a result of its spin-off from media conglomerate Viacom six years ago. After large interest repayments, Blockbuster lost $569m in 2009.

Now the chain has revealed to US regulators that it is in negotiations with top Hollywood studios about the financial terms on which they provide DVDs to its stores.

"We are currently experiencing significant liquidity constraints," says Blockbuster. "Should we not be able to generate sufficient cashflow from operations and should the studios tighten or eliminate credit terms, we may determine that it is in the company's best interests to voluntarily seek relief through a pre-packaged, pre-arranged or other type of filing under Chapter 11 of the US bankruptcy code."

The company has found it difficult to keep up with its customers' changing movie-viewing habits. In the US, it has lost customers to the highly popular mail-order DVD service Netflix and $1-a-rental vending machines at supermarkets.