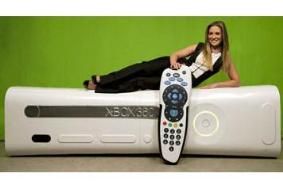 The company has released a fresh statement on the matter on the Xbox.com website:

"Sky Player on Xbox 360 launched on Tuesday 27th October and was met with phenomenal demand, with many tens of thousands of customers attempting to sign-up within the first hour of launch.

Unfortunately due to the unprecedented levels of simultaneous demand, we did not have the capacity to satisfy all service requests and therefore temporarily suspended all access to the service.

Today, the rollout will be implemented in phases to ensure that consumers experience both a smooth sign-up process and high-quality experience.

We apologise to all customers that have not been able to experience Sky Player on Xbox 360, we assure them that this is being rectified and we thank them for their patience."

Let us know as and when you get on to the Xbox Sky Player feature and how you find it in our Comments section below.

The Sky Player service on Xbox 360 has been withdrawn after encountering technical issues. Microsoft hopes the service, launched today, will be live again tomorrow.

Microsoft has released a statement that reads as follows:

“The Sky Player on Xbox 360 service did successfully launch early this morning, it has subsequently been suspended due to an unforeseen technical issue.

With so much excitement and interest in the service, we'd much prefer to ensure that our customers enjoy the highest possible quality of service.

We would like to take this opportunity to apologise to our customers who have attempted to access the service today.

Sky Player engineers are hard at work to resolve the problem - we expect to have the full service available tomorrow."

The Sky Player for Xbox 360 allows Xbox Live Gold members to watch programmes from 24 different channels live alongside a wealth of on-demand content and movies.

Only Sky customers on the multiroom or broadband unlimited packages will get access to the on-demand and live channels without charge.

Any other existing Sky subscribers will have to pay a Sky Player multiroom fee to watch the live channels, which is currently £10 but will come down to £5 very soon.

You will also have to be an Xbox Live Gold member, which costs around £35 for a years subscription.

For all non-Sky subscribers, the service is available on a variety of different tariffs ranging from around £15 to £35.

Alongside the live channels, the service also offers thousands of hours of on-demand content, including around 400 movies, catch-up TV and highlights of the weekend's Premier League games.

All content is streamed, so can't be downloaded, and is in standard definition quality at a choice of low (600kbps), medium (1.1mbps) and high (1.8mbps) streams.

Microsoft and Sky recommend that users should have a broadband connection of around 2Mbps to get the best from the service and live streams.

Microsoft has confirmed that Sky TV will be on the Xbox 360 by the end of October.

The Sky Player service will go live on October 27th, allowing Xbox 360 users to watch a selection of Sky content both live and on demand.

Initially the content will only be available in standard definition and it won't be possible for consumers to record programmes.

Premier League football and Test Match cricket has been promised, alongside the usual Sky selection, though exact pricing and channel details will only be confirmed at launch.

Yesterday Microsoft confirmed that its Zune video service will be available on the Xbox 360 from this autumn, and today it announced a ground-breaking deal with Sky.

Later this year, owners of the Xbox 360 in the UK and Ireland will be able to watch Sky TV through their games console.

Sky Player, Sky's online TV service, will allow Xbox owners to access a range of channels to view live or on-demand. All content is streamed via broadband in standard definition – there will be no Sky HD content via Xbox.

Sky Player will sit within Video Marketplace on the Xbox, and has its own iTunes Coverflow-style menu so you can browse by channel.

Details of the full channel line-up, and pricing, will be revealed closer to launch. But it's expected Xbox Live users will be able to view films, entertainment shows, documentaries, news and sport, including Premier League football and Test Match cricket.

The deal was announced in London by Sky Sports presenter Georgie Thompson.

There will be several viewing options for Xbox owners. Existing Sky customers who already own an Xbox will benefit from another way to watch their favourite TV shows, in addition to their Sky set-top box and PC or Mac.

In addition, there will be a range of interactive services available to Xbox Live/Sky player customers.

When watching live coverage on Sky Sports, for example, fans will be able to communicate with each other in real time via their broadband connections, as well as check news and access fixtures, league tables and other on-demand information.

Interactive applications will also be developed across other programme genres.

Neil Thompson, head of Xbox UK and Ireland, says: "Our customers have told us that they want the opportunity to use their consoles as a way to access TV and once again Xbox has pulled off an entertainment first with amazing content and a rich, interactive experience."