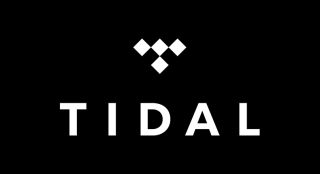 Earlier this month, Norwegian newspaper Dagens Næringsliv alleged Tidal has been manipulating its listener numbers of its two biggest album releases (Kanye West’s The Life Of Pablo and Beyonce’s Lemonade) by hundreds of millions, leading to "massive royalty payments at the expense of other artists".

And now, in a new report, the financial paper claims Tidal is “behind with payments directly to three major international record companies”, as reported by Music Business Worldwide.

Two Norway-based music businesses - independent label Propellor Records and its distributor, Sony-owned Phonofile - is said to have confirmed the case to DN.

While royalties are supposed to be paid to labels on a monthly basis, Propeller Recordings CEO Frithjof Boye Hungnes said it had “not been paid since October”.

“People are talking about withdrawing [their music from Tidal]; I think there is a pretty upset mood,” he added.

Tidal has denied all previous DN reports, including that it lost the equivalent of around $44m in 2016 and was living on large loans from the owners' holding company.

If this latest accusation is true, however, Tidal’s financial woes would seem to be significant.