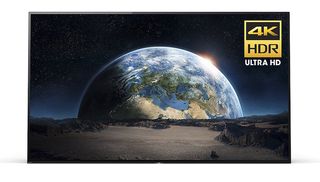 While that's not a totally unexpected price (LG's Wallpaper television costs £25,000) it's still going to take a chunk out of most people's bank accounts.

However, there are some less expensive alternatives in the range - the 55in and 65in versions of the television come in at $5000 and $6500 respectively.

Like the smaller A1 OLED models (such as the five-star KD-55A1), this new 77in television will have 4K resolution and HDR support. HDR10 and HLG are active out of the box, while a firmware update for Dolby Vision is planned for later in the year.

Netflix launches shows that let you decide what happens next