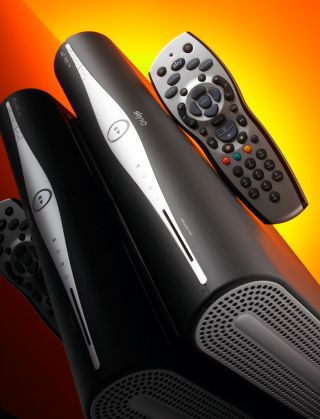 The Telegraph reports that due to BT signing exclusive rights to broadcast Champions League and Europa League football between 2015-2018, Sky will accelerate the launch of its new set-top box, which will be compatible with 4K Ultra HD content.

Sky established 'Project Ethan' last spring to plan the development of its next-generation Sky box, with 4K TV at the forefront of the company's plans.

Sky is reportedly looking to offer new services and hardware as incentives to customers to sign-up to Sky before the new football season begins.

Sky's new set-top box will be able to handle content in 4K Ultra HD, most likely initially in the form of on-demand content as opposed to live 4K broadcasts.

The 4K box will also be able to offer other features such as multiscreen viewing and better access to your recorded content from connected devices, such as smartphones and tablets.

We contacted Sky for more information and were given the following statement: "Innovation is at the very heart of Sky’s business. We have a proven track record of leadership in the industry as we continually strive to find new ways to enhance the customer experience."

It's claimed that BT plans to introduce 4K to its set-top boxes within months. It will begin trialling 4K streaming, almost certainly for BT Sport content, via the Internet in May.

Customers will require a high-speed broadband connection, which BT is expected to offer bundled with its 4K Internet services. BT revealed details of its ultra-fast broadband plans last week.

Sky announced last week that it plans to offer mobile services following a deal with Telefonica/O2, as the battle between the likes of BT and Sky spreads across phone, broadband, TV and mobile.