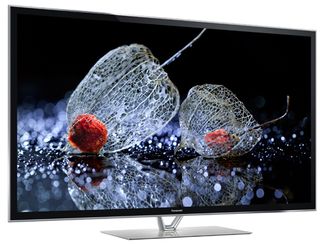 The writing has been on the wall for some time, and despite repeated denials by the company, it was clear to industry observers that it was only a matter of time before the plug was pulled. It will be interesting to see if rival manufacturers follow suit, finally consigning plasma to the technology graveyard.

LG has said that plasma will remain an "important part" of its TV line-up while demand remains, although it tends to focus on the budget end of the market, unlike Panasonic. We're still waiting for a statement from Samsung to clarify its plasma plans.

Still, given Panasonic's reputation and heritage in the plasma business, it’s a sad day for home cinema enthusiasts. We've long been fans of plasma here at What Hi-Fi? Sound and Vision, and I well remember the reverence in which Pioneer Kuro models were held before it withdrew from the TV market a few years ago. In fact, the story goes that Panasonic pinched some of those Kuro engineers to improve its own plasma screens.

And improve them they did. It’s no coincidence that four out of our six Award-winning TVs this year were plasmas. For ultimate picture quality – deep blacks, superb motion handling and a filmic quality that won legions of fans – they were hard to beat. If you still fancy one, you’d better move fast – Panasonic will officially stop selling them next March.

However, not even Panasonic could overcome the power of market forces and prevent the inevitable. “Due to rapid, drastic changes in the business environment and a declining demand for PDP in the flat panel display market, it was judged that continuing the business would be difficult and a decision was made to stop production,” it says. You can't get clearer than that.

Read Panasonic’s statement more closely, and you’ll see that production at five of its six plasma factories has already ceased: the Amagasaki P5 and P3 factories suspended production in March 2012, along with closures at the Ibaraki P1 and P2 plants, and the end of production in Shanghai in September 2012. Only the Amagasaki P4 factory (below) continues in operation. The demand and economies of scale clearly just weren’t there.

It’s all a far cry from the company’s bullish pre-2008 expansion plans for plasma technology. But the rise in popularity of LCD/LED screens, and the arrival of OLED and 4K technology, has seen plasma’s share of the market decline dramatically.

That shouldn’t detract though from the fact that plasma still offers superb performance. In fact, in our recent review of Samsung’s cutting-edge new KE55S9C curved OLED TV, we made the point that at £7000 it costs nearly three times as much as the Award-winning Panasonic TX-P55VT65B plasma (below), which offers comparable picture quality. Not bad for an 'old' technology.

So shed a tear for plasma. And if you think your home cinema system deserves a great screen, snap up one of our Award winners sharpish. Panasonic says sales will end in March 2014. We suspect stock may run out well before then.