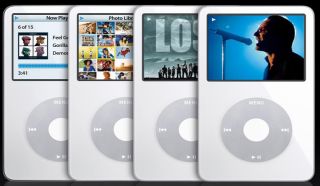 Apple launched the iPhone 6, iPhone 6 Plus and Apple Watch today in California - and finally removed the iPod Classic from its iPod roster at the same time, without so much as a mention.

Despite ending the launch event with a live performance from U2 and a free album giveaway via iTunes, the company's specialist music player, and the product that kick-started the digital music revolution, is now dead.

End of an era

The iPod Classic was also the last Apple device on sale from Apple that used the old 30-pin connector. All Apple iPhones, iPads and iPods now use the Lightning connector.

If you're after the biggest-capacity iPod you can buy, you'll have to make do with a 64GB iPod Touch - not a patch on the 160GB iPod Classic.

That said, Apple did announce two new iPhones with 128GB of storage. A bigger iPod Touch to follow? Maybe... but it just won't be the same.

If you're looking to buy an iPod Classic, now is the time to check out online retailers and the second-hand market. At the time of writing there was no sign of any iPod Classics on the Apple refurbished store or on the clearance page, with all mentions of the Classic redirecting to the new-look iPod section, in which the Classic doesn't feature.

Other online retailers such as Argos, Amazon and Currys did still have iPod Classics for sale, though we wouldn't bet against that stock going fairly quickly...