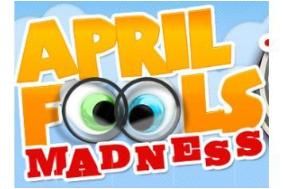 Looks like these offers are limited-number - some deals are already over. Best get bargain-hunting quickly....

We've spotted some great discounts in Play.com's one-day April Fools Madness sale: here are our favourites, complete with direct links to the deals.

There are also some great games deals including XBox version of Call of Duty Modern Warfare 2 - for £24.99, plus cut-price memory cards.

We've availed ourselves of some of these offers already today, so we know the prices aren't a joke!