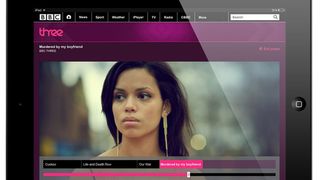 And it's with BBC Three we start this week, after the corporation announced the first details of its intention to close the channel as it currently operates and to "reinvent it online" – saving £50m.

The proposals are still to be ratified by the BBC Trust, but the savings generated by closing BBC Three as a broadcast channel will be reinvested in its online presence and BBC One as well.

Deezer has announced the introduction of an all-new look for Flow and music player on mobile, with the move bringing in "bold, clean lines and a smart appearance" – plus some new features.

British supermarket chain Sainsbury's has launched its own video streaming service on the Roku platform, which will let you buy or rent some of the latest blockbusters.

A selection of TV programmes such as Friends and The Big Bang Theory are also available via Sainsbury's Entertainment, with regular shoppers able to use their Nectar points to buy content.

Bose headphones and speakers look destined to return to Apple's retail stores just in time for the Christmas period, six weeks after products were removed without so much as an explanation.

The u-turn has been confirmed by 9to5Mac, which has reported that Bose products will once again be available through Apple both online and in store.

Spotify's Top Tracks in Your Network

Ever been stuck for inspiration and been left staring blankly at your Spotify screen? Well, there's a new feature that might be of interest to you – and that's 'Top Tracks In Your Network'.

One in five streams is said to be from a user listening to another user's music. Therefore, Spotify is making it easier to find out what friends and family are listening to – in case you need a tip.

EE TV has introduced the BBC's Connected Red Button Services and a number of other apps to its platform, which forms part of its commitment to adding "new features and content over time".

BBC Connected Red Button will let you access iPlayer and the BBC News and Sport apps direct from BBC channels, while Dailymotion, Deezer and Euronews are among the other new apps.

You can now connect to Spotify and listen to full tracks via Shazam, while also adding all of the tracks you've discovered with Shazam to a playlist on Spotify that you can listen back to later.

Autonomic, the producers of whole-house music systems, has become the latest audio brand to sign up with the newly-launched Tidal music streaming service.

Users can now access Tidal's library through the MMS-2A and MMS-5A Mirage Music Players, with the players also able to support multiple Tidal accounts should there be more than one subscriber in the household.

Optoma has unveiled its "new generation" of 3D glasses in the form of the ZF2300 and ZD302, both of which have been developed alongside the company's latest Full HD 3D projectors.

MORE: Read all our Optoma reviews and news