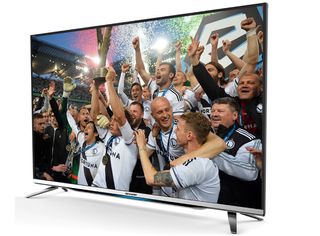 It looks like we will be seeing new Sharp TVs in the not too distant future - and that will include UK models with Freeview Play.

Universal Media Corporation (UMC) has announced that smart TVs compatible with Freeview Play will be available in the UK by the end of 2016.

The news comes after Sharp announced more than 50 new HD and 4K TVs last week at IFA 2016. There have been relatively few UK products from Sharp in recent years - though the company notably announced an 85in 8K television last year - but new parent company UMC is adamant the brand will make a comeback.

And now we know some of the TVs will include Freeview Play. This essentially brings catch-up content from the BBC iPlayer, ITV Hub, All 4 and Demand 5, right to your TV guide, making accessing on demand programmes as easy as watching live Freeview TV.

MORE: What is Freeview Play? And how can you get it?