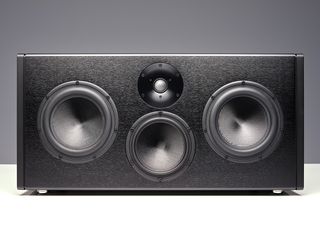 Ultra high-end speaker manufacturer has just announced the expansion of its entry-level A-Series with its most affordable speakers yet.

'Entry-level' and 'affordable' are relative terms, though, and the new A1 bookshelf speakers will still set you back £8888 a pair. Still, that's a good chunk less than the £11,998 price of the A3 floorstanders that the company launched last year.

Featuring an aircraft-grade aluminium enclosure, 'innovative' internal bracing and advanced damping materials, the A1 speaker is said to be incredibly rigid and free of unwanted mechanical resonances.

Treble is handled by the same pure Beryllium-diaphragm tweeter found on the floorstanding A3, while mid-range and bass frequencies come courtesy of a newly developed 6.5in driver that features a "Multi-Wall carbon fibre cone with a layer of XG Nanographene, providing optimal stiffness to weight ratio and an ideal damping factor".

Magico would clearly love you to buy not just a pair of its speakers, but a whole surround sound package's worth, to which end it's also just announced the AAC centre speaker and ASUB subwoofer.

The former has the same tweeter as the A1 and A3, and gets the 6in mid-range driver and two of the 7in bass drivers from the A3, while the latter features a fully braced aluminium enclosure, ultra-stiff aluminium cone, internal power amplification, electronic crossover and DSP control centre.

If you're in the market for such a system, look out for the launch of the A1, AAC and ASUB later this year.

Also, can we borrow some money?

High End Munich 2019: All the news and highlights