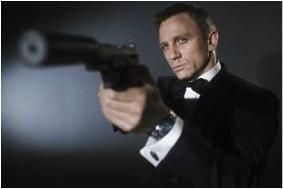 According to MediaGuardian, the broadcaster has signed a multi-year renewal agreement that includes the UK premiere of Quantum of Solace, starring Daniel Craig, on terrestrial TV.

As part of the deal, ITV reckons it will show all the Bond films in HD for the first time in a season on ITV1 HD spanning this year and next.

"James Bond is a British cinematic icon loved by ITV's audience and we're delighted to continue the franchise's long association with ITV, as well as the chance, for the first time, to show every Bond feature film in fantastic HD," said Zai Bennett, ITV's director of digital channels and acquisitions.