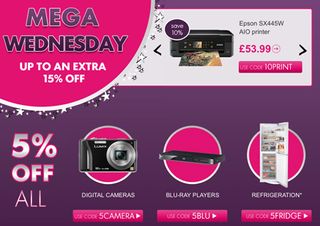 Business secretary Vince Cable has ordered an inquiry into the collapse of Comet, with all remaining 45 UK stores to close for good tonight (December 18th) with the loss of 6900 jobs.

The Department for Business, Innovation and Skills (Bis) confirmed that the Insolvency Service has launched a "fact-finding" inquiry into the high street chain's failure: "The purpose of the inquiry is to investigate the circumstances surrounding its insolvency and establish whether further action is required," a spokeswoman told The Guardian.

The electrical chain's collapse will cost the Government £50m in redundancy payments and lost tax revenues. Administrator Deloitte said yesterday that unsecured creditors would get back less than 1% of the money owed to them.

The redundancy money owed to thousands of former Comet workers is £23.2m. This will be paid by the Government's Redundancy Payments Service (RPS). On top of that, HM Revenue & Customs is owed £26.2m in taxes.

In contrast, OpCapita, the private investment firm that acquired Comet less than a year ago, stands to recover about £50m from the administration, after a £145m shortfall reports the Financial Times.