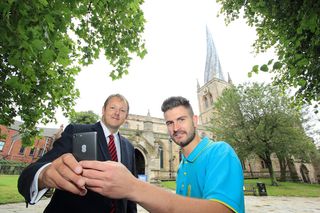 The announcement means that EE's 4G network now caters for three-quarters of the UK population, with over 263 major towns and cities, and more than 2,500 villages and small towns connected to superfast mobile internet.

The 13 locations that have been added by EE to its 4G network are: Buckingham, Burntwood, Chesham, Chesterfield, Dalkeith, Glossop, Hertford, Rugeley, Sheerness, Thornaby-on-Tees, Ware, Wickford and Witney.

"Our fast, nationwide rollout continues, with hundreds of new sites being switched on every month to bring 4G to more places, often giving people a fast broadband experience for the very first time."