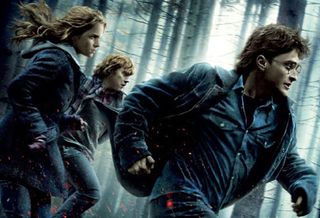 It's not all doom and gloom for retailers – sales of DVD and Blu-ray discs rose 8% to a value of £473.3m in December compared to the same month the previous year, despite the growth of streaming and downloading.

British films fuelled the rise, says the British Video Association (BVA), with popular home-grown talent such as Harry Potter, Inbetweeners, The King’s Speech, Pirates of the Caribbean, Paul and Peter Kay dominating December disc sales, and indeed the Top 10 chart for the whole of 2011.

Growth was seen in the value of Blu-ray, up 26.9% last month, while DVD still proved much in demand throughout December, taking 87% share of physical disc sales worth £410.1 million, a rise in value of 6.0% on December 2010.

DVD’s volume sales also rose 6%, reaching more than 43 million units sold in December, alongside a 31.1% increase in Blu-ray disc over the same period, 5% of which were 3D Blu-ray Discs.

During 2011 as a whole Blu-ray continued to increase its share of the physical disc market, as volume sales rose 18.4% year on year to 15.3 million units, producing a total value of £222.8m, which is 13% of all physical disc sales.

In the growing paid-for digital video market IHS Screen Digest estimates that downloads and digital rental transactions grew in value by 15% in 2011, with a 12% year on year increase in transactions to 71 million.

The rise reflects a growing interest in online services, particularly in video streaming and downloading, which now account for around 13% of the overall video market, worth some £292m in 2011.

Lavinia Carey, BVA Director General says: "As we predicted, titles released in December meant the industry finished the year on a high, despite the gloomy economic situation. It demonstrates the public’s huge appetite for video entertainment and quality British works in every genre."