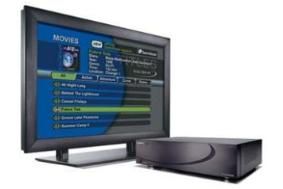 The company says it's doing so in order to concentrate more of its efforts on its flagship brands – Boston Acoustics, Denon, Marantz and McIntosh – and that the technology of the two defunct operations will be used in the future development of these companies' products.

Snell has been making its hand-built loudspeakers at in Massachusetts for over 30 years, and in 2003 recruited celebrated designer Joe D'Appolito as its chief engineer.

It was founded in Newburyport in 1976 by Peter Snell, moving to larger premises in Haverhill in 1982. It was here that Peter Snell designed the classic Type C and Type K models, and also in the factory that he died of a heart attack in 1984.

1990 saw Snell launching the first speakers to gain THX certification, and in 1995, after a couple of changes of ownership, it became part of Boston Acoustics. Ten years later the two brands were bought by D&M, and Snell speakers have been built in the factory it shares with Boston in Peabody.

In a statement, D&M said that 'we will be repositioning our Escient business model, discontinuing Escient branded products in order to utilise all of the company's expertise toward incorporating its innovative technologies into our core D&M brands.

'During this transition, Escient will deliver necessary software upgrades for its existing products and will continue to support its dealers and customers by honoring warranty repairs and maintaining customer service.

'Additionally, in order to keep the focus on our core brands, we will be discontinuing the operation of Snell Acoustics. The changing landscape of the speaker industry has made it extremely difficult for Snell to remain a viable business.

'The advanced loudspeaker technologies developed at Snell, however, will be leveraged by other D&M brands.'

The company points out that this year marks the 100th anniversary of its oldest brand, Denon, and says that '2010 will also see our company continue to invest in R&D, as we integrate new technologies in areas like streaming, networking, ease of use, and integration.'