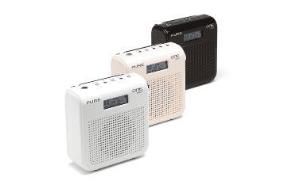 However, the new government has not committed to that 2015 date, and prefers to refer to a 'digital action plan' than a switchover.

Listeners will decide the date

Speaking on the BBC's Today programme this morning, Ed Vaizey said "we're setting up a structure to get digital radio up and off the ground. The 2015 date emerged as when the industry estimates we can achieve [a switchover] - we'll work towards that date, but we're not set on it".

He said that any move would not happen until at least half of all listening was done via digital sources - DAB radios or via the internet. He expects the growing popularity of FM/DAB hybrid radios will hasten this.

Lord Fowler, the outgoing chairman of the House of Lords communications committee, had previously warned that the switchover would trigger an “explosion of indignation” unless listeners were convinced of the benefits.

Vaizey himself revealed to Today listeners that BBC 6 Music had "driven him to digital", and he was delighted the station had been saved - as we reported earlier this week.

In-car challenge
Ed Vaizey's full speech - delivered today at the Intellect CE Conference - acknowledges there are a range of challenges to be met ahead of the switchover - not least the conversion of an estimated 30-million in-car FM radios (UPDATE: see related Halfords announcement here).

But he describes the digital move as "a huge opportunity". He added: "At a time when we are looking for manufacturing success stories, British companies like Pure, Roberts and Bush are world leaders. And the technology offers radio lovers the same explosion of choice that TV viewers have embraced so wholeheartedly.

"But we can't impose this on an unwilling public, no matter how persuasive the business case, or how clearly we know that analogue is already providing a barrier to growth and creativity.

"So listeners need to be persuaded that the content on offer is compelling, that the quality is high and that digital radios, at home or in the car, are affordable and have listening quality that is at least as good as FM."

Unsurprisingly, manufacturers of DAB radios have welcomed the new government's support for the switchover.

Paul Smith, general manager of Pure, says: “Despite the strategic nature of digital broadcast and the inevitable need for technological advances, there have been many confusing messages around digital radio switchover and this announcement gives much needed clarity to consumers and the radio industry as a whole."

He continues: "It allows us to push ahead our digital radio plans with certainty in the UK and internationally where Governments in other countries have made similar commitments. Pure will work closely with other radio industry stakeholders to help deliver the Government's action plan”

Michelle Mitchell, charity director at Age UK - a group including Age Concern and Help the Aged - said:“Radio is an important source of entertainment for many people in later life and no switchover should take place until the UK has DAB coverage and signal reception matching or surpassing that of FM. We know, for example, that local radio coverage on DAB is only around 75% which needs to be improved substantially before any change can be made.

She adds" “Many people in later life have multiple radios and replacing them all could be expensive, especially for those on a limited budget. Therefore a cost benefit analysis must be produced to clearly demonstrate the benefits to listeners of moving to digital. Age UK also believe there is a need for a Help Scheme, similar to the digital TV switchover Help Scheme, which will provide specific help, information and advice on the switchover to those who need it most.”

The British Audio-Visual Dealers Association - BADA - greeted the news via its Twitterfeed as "Some (temporary) good news for lovers of FM radio".

So what do you think? Comment below or join in our Forum discussion here