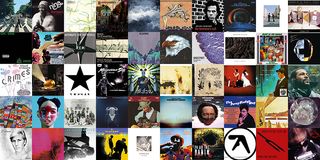 With the popularity of streaming services such as Spotify, Tidal, Deezer, Apple Music, Amazon Music and Qobuz - among others - you might think there's no need for physical music.​

But research from the British Phonographic Industry, in its publication All About The Music shows that CD and vinyl still has a place (not that we ever doubted it).

The vinyl revival has pushed up the sales of records and turntables, but more surprisingly, the CD has been resilient too. 47m discs were sold across the country in 2016, and the BPI says that 2017 should have similarly strong sales.

And a third of music lovers still rely on physical music - spending their hard-earned cash on CDs or LPs. That could be because of how popular it is as a gift, with a quarter of CDs bought in 2016 being presents. That rises to over 40 per cent in the final weeks of the year, presumably because of the Christmas rush.

The BPI also found that physical music is often a more impulsive purchase, in comparison to the planning people do before buying something online. The more music shops there are, the more people will purchase music. Take that, supply and demand.

Roberts celebrates its 85th anniversary with a turntable