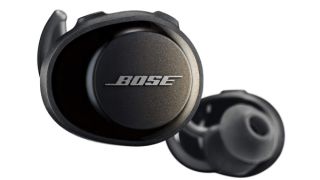 In a week when Bang & Olufsen announced its third consecutive quarterly loss, suggestions another respected hi-fi firm may also be feeling the pinch have arisen, with Bose announcing plans to close its entire retail store footprint in North America, Europe, Japan and Australia.

The company said the move was simply a result of changing buying habits, telling The Verge its products “are increasingly purchased through e-commerce”.

Bose's first retail store opened in the US in Maine, 1993. After 27 years of operating standalone stores in locations throughout the US, and latterly the rest of the world (including a flagship store in London's Regent Street), all Bose stores in the four territories will soon close.

“Originally, our retail stores gave people a way to experience, test, and talk to us about multi-component, CD and DVD-based home entertainment systems,” said Colette Burke, Bose’s vice president of global sales. “At the time, it was a radical idea, but we focused on what our customers needed, and where they needed it – and we’re doing the same thing now.”

The timeframe for shop closures has been confirmed only as “over the next few months” and the firm hasn't made clear how many jobs will be lost as a result – although Bose says it's offering severance pay and outplacement assistance to employees being let go.

It's not all bad news though. In other parts of the world, Bose says its stores will remain open, including approximately 130 stores located in Greater China and the United Arab Emirates, as well as additional stores in India, South Korea and Southeast Asia.

Naturally, Bose products will still be carried by retail giants Amazon as well as Argos, Currys, Richer Sounds, Sevenoaks, Best Buy, Target, Apple stores, Crutchfield, other third-party retailers, and of course on the company’s own website. You just won't be able to walk under that big, bold "BOSE" sign, go inside and hold your own Bose kit auditions.

Read all our Bose reviews

BOSE QuietComfort 35 II...
Microsoft US
$299
View
Show More Deals
We check over 130 million products every day for the best prices
3 Comments Comment from the forums
What Hi-Fi? Newsletter