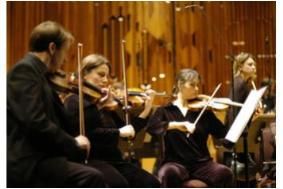 The service will initially be available for Radio 3 listeners from December via the station's website, but will be previewed later this month with broadcasts of Radio 2's Electric Proms.

The service will use a 320kbps bitrate, presumably in AAC as was the case with the trial service, and so will potentially offer almost twice the resolution of existing DAB services.

It's hoped that the service can eventually be rolled out to a wider range of stations: BBC Director of Audio and Music Tim Davie says that "Radio 3 listeners will get the benefit of the highest quality broadcast available anywhere. Interestingly, it was Radio 3 that led the charge in 1971 as radio moved to stereo, and once again it is excellent to see it at the forefront of innovation.

"As with stereo, I would expect to see further roll-outs of HD Sound over time and we have already announced that we will be trialling it for Radio 2 at the Electric Proms. I am expecting that the performances by Elton John, Robert Plant and Neil Diamond will all be available."

A BBC statement says that "In these early stages, the stream will only be available for live programmes (not on demand).

"It will initially be available through pages on radio networks' websites and special event sites, although the ambition is to integrate HD Sound into iPlayer and Radioplayer as the technology develops."

Radioplayer is the proposed unified online distribution system for all of the UK's radio stations, both BBC and commercial.