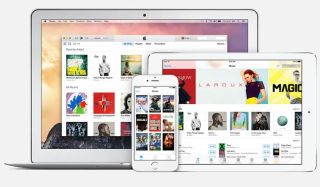 Apple says that all on-demand streaming services should pay songwriters a flat rate of 9.1 cents for every 100 streams of a song. That means a per stream rate of $0.00091, which equates to $910 per million streams.

This would be a simpler payment method than the complex system currently in place and ultimately equal higher payments for artists from streaming services.

The Copyright Royalty Board (CRB) in the US wants to set statutory rates for downloads and interactive streaming services from 2018. Apple, along with Spotify, Google, Pandora, Amazon and the Recording Industry Association of America (RIAA), were all asked to file proposals by Friday 15th July. The CRB has yet to make the filings for the other five bodies public.

Apple's plan would equal bigger artists payments for rivals, notably Spotify. Spotify currently pays out less for music streamed by users of its free tier. Apple is against a free subscription offering and doesn't offer one with Apple Music (though it does have a three-month free trial), and its proposal would mean the same payments for every stream.

In Apple’s filing it says “an interactive stream has an inherent value, regardless of the business model a service provider chooses”. Several high-profile artists have withheld music from Spotify, supposedly due to the low level of payments from the service’s free tier.

Notably, the The New York Times suggests Apple's own proposal may not apply to Apple Music. Apple made direct deals with music publishers for the launch of its own service, paying slightly above the standard rate. This could mean changes to royalty payments won't affect Apple Music.