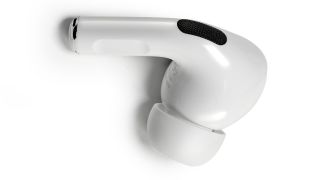 Reputable analyst Ming-Chi Kuo has provided an update on the AirPods 3 just hours ahead of Apple's annual WWDC event, which will be a virtual affair this year in light of the COVID-19 pandemic.

His latest memo (initially circulated by 9to5Mac) predicts that Apple will replace its second-gen. 2019 AirPods with the AirPods 3 in the first half of 2021, meaning the existing pair of popular true wireless earbuds still have plenty of shelf life (and a holiday season of deals) ahead of them.

Kuo, who has a respectable track record* when it comes to Apple product predictions, describes the AirPods 3 as featuring a form factor and design “similar to AirPods Pro”.

The second-gen AirPods were released in March 2019, featuring 'Hey Siri' voice support and an optional Qi wireless charging case. However, the earbuds themselves looked much the same as the original Apple AirPods.

Apple debuted its AirPods Pro late last year, featuring noise cancellation and a notably different earpiece design, with shorter stems on the buds. Kuo does not specify the exact way(s) in which the AirPods 3 will look similar to the Pros, although the idea seems to make sense. The current AirPods could benefit from the sleeker look, which would bring them in line with the Pros – in appearance, at least.

Kuo also reiterates predictions from a previous report, in which he stated that Apple will stop bundling wired headphones in the iPhone 12 box, which will doubtless help to drum up demand for the AirPods in the process.

As always, leaks such as these should be handled with a good pinch of your preferred seasoning. But, watch this space, as Apple's Worldwide Developers Conference is set to start shortly...

*Kuo's leaked notes proved correct on the 2019 release date of the latest Apple AirPods Pro, for example, as well as the 16-inch MacBook Pro. More recently, he's been an informed voice about Apple's hotly-anticipated over-ear headphones, the AirPods Studio (seemingly, at least).