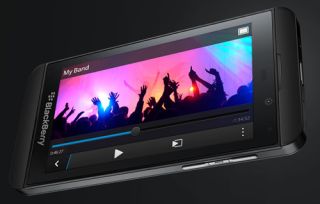 If you're the owner of a BlackBerry 10 smartphone and have so far been frustrated with the number of apps on offer to you, things are about to change for the better, as the result of a new deal with Amazon.

Amazon Appstore will be available on BlackBerry 10 devices with the forthcoming launch of the 10.3 operating system – providing access to more than 240,000 Android apps worldwide.

Owners of BlackBerry 10 devices will be able to get their hands on apps like Netflix or popular games such as Candy Crush Saga – increasing their entertainment options significantly.

According to BlackBerry, this "strategic move" will let the company "align its developer programme" and put its focus on "secure, end-to-end mobile enterprise solutions".

The two companies will also work with BlackBerry's application developer community to migrate apps to Amazon Appstore ahead of the launch of 10.3.

BlackBerry executive chairman and CEO John Chen said: "We’ve listened to our customers and have taken this important step to deliver on their needs, while executing on our strategy."