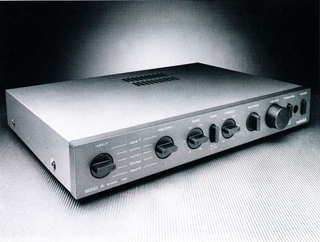 It's the pulsating heart of your hi-fi system and, as anyone who's read this publication knows, to ignore its sonic relevance in your setup would be foolish in the extreme.

Several long-established and highly revered audio firms of the moment started out when one or two individuals shared a common goal: to release a decent stereo amplifier – something better than whatever was currently powering (and colouring the sound of) their system.

The following nine excellent amps are the fruits of their labour. More than that though, these little power houses have left indelible marks in hi-fi history, paving the way not just for the brands that blossomed in their wake, but the for the agile, transparent and joyous music systems we enjoy today.

Once the undoubtedly brilliant Julian Vereker chose to switch from building his own cars to building his own amplifiers and loudspeakers (for London's Capital Radio, no less) in the late 60s, Naim Audio officially became a thing in 1973. With both Julian and his co-founder Shirley Clarke as directors, their shop in the centre of Salisbury, UK, was the birthplace in that same year of Naim Audio's first consumer product for home use: the NAP 200 power amplifier.

Vereker originally designed the NAP 200 in 1971 and, although its descendants differ greatly, (the line continues to evolve with products like the excellent NAP 100 to this day) Naim still shoots for the same performance goals of pace, rhythm and timing.

The Mission Cyrus One – back when Cyrus was a part of Mission – was a piece of kit very much aimed at audiophiles, despite its budget-friendly price tag. It had no tone or balance controls and carried plenty of inputs for sources. Early examples had a plastic case to eliminate the distortion effects of eddy current, but later versions switched to a cast metal case – sophisticated for a budget amp.

Under review, we concluded that the inaugural One communicated a precise soundstage, but it was also capable of handling low-level details that other amplifiers "repressed or simply rendered messy". Combine that sound with the superb build quality, and you had an amp whose performance could rival pricier options.

Cambridge Audio's first ever product, the P40 integrated amplifier, was also the first ever amp to use a toroidal transformer – a significant innovation at the time. These days, it's a standard component inside high-end amps; a sure sign that what the firm tried back in 1968 worked out really rather well.

The follow up to the P40 arrived just a few years later in 1970 with the P50, a much more powerful amplifier with a unique active volume control. However, one glance at the lines and craftsmanship on the P40 is to know that this is a stunning debut amp.

Amplification & Recording Cambridge was founded back in 1976. Now known by a far snappier moniker, Arcam (see what they did there?), the company’s success was built on its first amplifier, the A60. Pictured above is our review from August 1981, though the product was launched five years earlier.

Back in the early 1980s, this slimline integrated amp would set you back £190 and was considered the go-to middle-market amplifier, comparable to the Crimson 510/520 pre/power combination (£198) in our review. It proved the ideal upgrade from budget champions such as NAD’s original 3020 (listed below).

It was a functional unit with a decent array of line-level inputs plus a capable moving-magnet phono stage – hardly a surprise considering vinyl was still the dominant quality media of the day.

The tone controls were subtle in their action and as such could, on occasion, prove useful when any recording or partnering kit wasn’t quite balanced. The A60 also had a filter switch which progressively rolled off frequencies above 7.5kHz in a bid to reduce hiss from a tuner or the impact of a pop from vinyl.

A power output of 20W per channel was hardly earth-shattering but, at £85, the 3020 could drive speakers better than pretty much any of its rivals. The 3020 amplifier put NAD on the map, such was its impact.

The story goes that when NAD’s managing director, Marty Borish, hired a quiet audio engineer called Bjorn Erik Edvardsen, the pair noted a space in the market. Edvardsen got the bit between his teeth. Initially headquartered in London, UK, NAD’s growing team, led by Edvardsen, obsessively experimented and refined the electronic designs, seeking a eureka moment which finally came with arguably the best-selling hi-fi amplifier in history, the NAD 3020.

It had a balance that was smooth and full-bodied, delivering a good, coherent sound which worked well with the some of the less–refined budget kit of the time.

The cult-like following generated by the 3020 was so great that NAD would have been foolish to shelve it. In 2013, some 35 years after its initial release, we gave the latest NAD D 3020 iteration a coveted five-star review and a What Hi-Fi? Award.

As a musician, Dieter Burmester (founder of Burmester Audiosysteme) always wanted to make his sound system reproduce music as naturally and purely as possible, and it was the malfunction of a faulty preamp that led to him fashioning the first Burmester product. Preamps on the market couldn’t satisfy Dieter Burmester’s high demands, so he built his own from parts of medical machines, the Burmester 777.

According to the firm, the 777 – so named because it was released in the seventh month in the year 1977 – remains a core element of Burmester's products today.

In 2007, Burmester even released a 30th anniversary update in its honour, a preamp called the Burmester 077. Did we like it? You could say that. In our review, we concluded, "If you can afford it, buy it right now."

Before you write in, the amp pictured is the 50W2, (two pieces, which form one 50W-per-channel mono amp) McIntosh's fourth amplifier, circa 1951 – think Elvis and Frank Sinatra territory. Why are we not showing you the original 50W-1? Well, photographs of hi-fi separates from 71 years ago are quite hard to come by, it turns out.

In 1946 Frank McIntosh, a design consultant for broadcast and TV stations, hired Gordon Gow to help him design a high power, low distortion amplifier for his clients. This amplifier would be the 50W-1. It included McIntosh’s first patented circuit, the Unity Coupled Circuit – still used in current products.

Musical Fidelity chose to keep the naming of its inaugural product simple with The Preamp. It was released in '82 and quickly racked up rave reviews. Evidently, the designer of its shoebox-style power partner, Dr. Martin Vincent Thomas, didn't like the idea of designing The Power Amp, and chose to take matters into his own hands when it came to establishing a moniker for Musical Fidelity's first power amplifier. Thus, the Dr. Thomas was born.

With its black acrylic casework and name (what a name!) illuminated in red on the fascia, the 100W+ Dr. Thomas power amplifier cut a fine figure – a great visual match for the similarly-styled Preamp. It was also surprisingly powerful. Sadly, this casework design was dropped quite quickly – but what a lovely-looking setup it must have been.

Audiolab's 8000A caused quite a stir in the early 1980s thanks to its "superb finish and styling" – just take a look at our review (below).

Admittedly, today it looks a lot like a grey-tinged box with lots of dials, but it offered excellent sound and features, including bass and treble controls, a stereo balance control and a separate record selector, so you could "listen to one source while taping another". And the sound was smooth with "plenty of presence and detail".

Audiolab was formed in 1983 by Philip Swift and Derek Scotland, quickly earning worldwide acclaim in that same year with the 8000A – an integrated stereo amp that was both a natural ‘step-up’ from budget models of the time and, latterly, a classic hi-fi component. Thanks to its fine build and features, the 8000A was great value for money too.

The making of: ATC SCM50

9 of the best Naim Audio products of all time