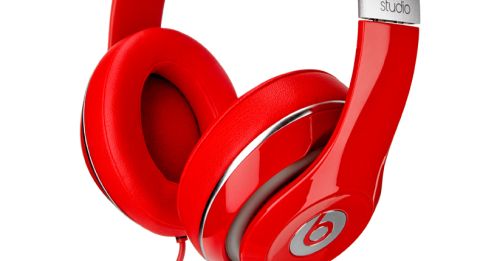 The revamped Beats Studios sound better than ever, but purists may want to look elsewhere

Like them or not, you can’t argue with the impact Beats By Dre headphones have had on the industry, since they launched their first product back in 2008.

In that time, the brand has seen a few changes. Partnerships with phone, car and laptop manufacturers have come and gone, product lines have grown to include a streaming service in the US, not to mention the brand’s multi-billion dollar sale to Apple.

Perhaps most interesting is the brand’s reconsideration of the ‘Beats sound’ – a rather bass-heavy character that gave the original Studio headphones a bad name among audiophiles when they launched seven years ago.

Carrying the tagline “an icon remastered”, these are their successors, and they are now said to be tuned with “balance and accuracy” in mind. Let’s see shall we…

The design is still very much Beats, if perhaps a little more refined, with some sleeker edges and greater attention to detail. They’re still headphones to be seen in, and are available in a range of colours, with the iconic “B” logo emblazoned on each earcup.

The originals felt somewhat bulky, but these are lighter and the foldable design makes them an easy portable companion. A case is included, as well as two detachable cables – one with, and one without, inline controls.

One new feature is the rechargeable (via microUSB) battery, which allows for around 20 hours of active noise cancellation. This is somewhat lower than many of its competitors – and there’s no passive playback for when the battery runs out – but it should cover you for most situations.

The auto-off feature aims to ensure you don’t run the battery down accidentally. However, as it requires you to remove the headphone cable from the headphones at the earcup – something we wouldn’t usually do – this is perhaps only as convenient as remembering to press the power button.

The soft, thick leather earpads are a relatively comfy fit and prevent any feeling of clamping. The headband might have benefited from better padding in place of its rubberised finish, and during longer listening sessions, you might start to find yourself aware of them sitting on your head.

The Beats Studio’s noise cancellation function manages to make an impact on the noises around us, but not to the same extent as its rivals, like the Bose QC25s.

When playing music with some substance, you’ll find background noise is significantly reduced, however on more delicate tracks, you won’t be able to get rid of it completely.

If you are a fan of classical music, there is another thing to be aware of with Beats – there is a not insignificant hiss when ANC is on. It’s hardly noticeable with livelier tracks, but quieter, more subtle recordings reveal it a little more.

While there has undoubtedly been a change in the Beats Studio’s character, these headphones still lend themselves to the likes of pop, hip-hop and rock – anything lively will bring out the best in these cans.

They’re a very exciting, upfront listen, with the ability to fill your ears with some serious volume. The bass has been refined so it’s more balanced in the frequency range, and never overwhelms the midrange or sounds heavy-handed in the mix.

Anyone looking for a neutral pair of headphones will find there is still a tad too much bass here, but the balance works a lot better than it did, sounding full-bodied and engaging.

The midrange is clear and open and the treble is crisp without ever sounding hard. Throw them a complex rhythm and there’s a good level of agility and fluidity on show. Large scale dynamics are portrayed with confidence and expression.

Vocals could have a touch more depth and subtlety to them though, and quieter sections of music don’t offer the insight or handling found in rivals.

The Beats Studios are ultimately a presentation that aims to be likeable rather than analytical, with finer details smoothed off in exchange for a more forgiving character.

We can’t argue with that – it’s a clever tactic that will serve these headphones well. We would just like to see a touch more refinement and detail in order to bestow a fifth star upon them.

see all our Beats by Dr. Dre reviews