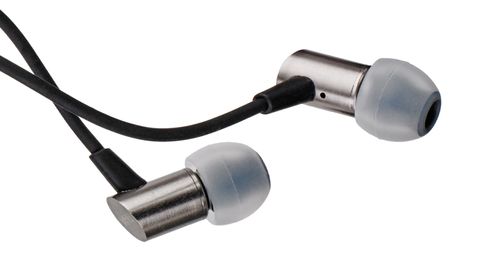 We like the build and features of the S500i, but the coarse, bright sound is hard to ignore

The RHA S500i may be an entry-level pair of headphones, but that doesn’t mean RHA has taken a budget approach to these in-ears.

You get a generous collection of ear tips (seven pairs in various sizes), an in-line mic and three-button remote, and the lower half of the cable is fabric-braided to prevent tangling.

The initial favourable impression is let down once you start listening to them. It’s a crisp sound, but a slightly coarse edge runs throughout.

The introductory guitar riff to David Bowie’s Moonage Daydream is precise, but has a harshness to it, and the subsequent strums have little body and warmth. Even after a lengthy period of running in, that brightness doesn’t go away.

The Cat Empire’s Fishies bounces along merrily, but we want more authority from the instruments. The saxophone lacks its rich and dynamic character, sounding thin and uninterested, drum hits are limp instead of attacking, and although basslines are lively, they’re not deep or taut enough to take the edge off that forward sound.

Voices are clear, but aren’t truly engaging. Turning up the volume gives a bit more focus, but only accentuates the hard edge of the S500is.

Add in a small amount of cable noise, and the RHA S500is makes our “have a listen, but do try others” list.

They’re crisp and zippy, but not the most easy going pair to listen to. The rival SoundMagic E10Ss (also £40) offer greater agility, subtlety and weight, with no harsh edges in sight.

See all our RHA news and reviews