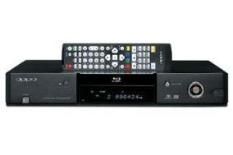 The BDP-831 deserves to earn plenty of fans for its versatility, but as a Blu-ray player it’s pipped at the post

NOTE: After this review was published, we were notified of Oppo's decision not to market this product in the UK.

It's been some time since so many words have been written about one product.

To say Oppo's BDP-831 has been eagerly anticipated would be akin to saying Jensen Button takes
a half-decent corner – the clamour surrounding the US company's Blu-ray player has been staggering.

News stories, blog posts, reviews and forum discussions have seen Oppo seize an inordinate amount of bandwith on whathifi.com – all before the player even saw the light of day in the UK.

Available on import from the US as the BDP-83, Oppo has assured us that the '831 will be on sale in the UK via its oppostore.co.uk website by the time you read this.

So why the hoo-hah? Well, for starters, it plays every disc under the sun. It's a true universal disc player, capable of spinning BD, DVD, DVD-A, CD and SACD discs – and all at a far more affordable price than you'd normally expect to pay for such a unit.

It doesn't scrimp on internals, either. There's a high-quality DVD upscaler that uses Anchor Bay VRS technology, full decoding for all HD audio formats, and it has the ability to stream SACDs in their native form over HDMI.

Extremely quick off the mark
It might lack the polish of comparable decks, but it is the fastest-loader we've seen for a while, being 20 seconds faster then one of its close peers. In the slow world of Blu-ray, this is worthy of note.

Let's make one thing clear: if you want a true universal player, look no further. There's little to take issue with here in terms of performance, so if you want to play everything the Oppo can play, we're sure you will be very happy.

But, if performance-per-pound is your key consideration, and BD, DVD and CD are your staples, there's a slice of extra quality to be had elsewhere.

It's sonically that we notice it first. The Oppo sounds a touch on its heels playing both Braveheart on Blu-ray and Papillon from the new Editors album. There's detail and timing, but not quite enough punch and excitement.

Video performance from BD and DVD is solid, with natural colours and decent detail, but there's better contrast and sharper edges on show elsewhere.

However, it's testament to the strength of the BDP-831 that there are no night and day differences – this
is an undeniably competent player.

Couple this with playback of SACD and DVD-A, and for many people the Oppo will rightly be the deck of choice.